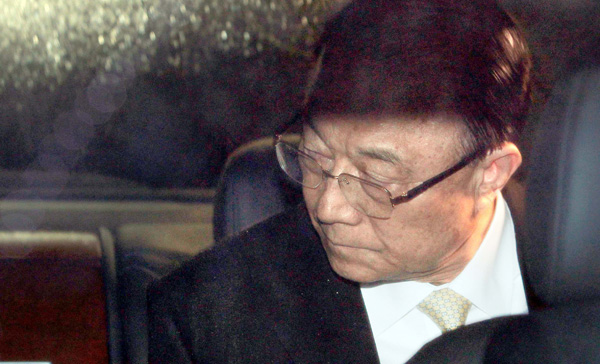 Prosecutors said that they obtained a diary belonging to Lee Dong-yul, a key lobbyist involved in the case, during a raid of his house early last month and that it included the dates, times and locations of his meetings with top officials, including the president’s brother. 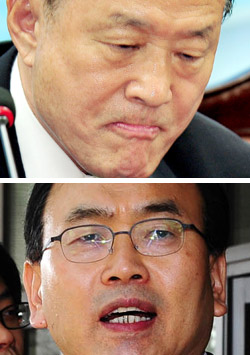 The lobbyist has been accused of connecting pi-city’s developer, Lee Jung-bae, to influential politicians and officials in order to expedite the construction approval process for the 2.4 trillion won ($2.1 billion) project. Choi See-joong, former head of the Korea Communications Commission, and Park Young-joon, former vice minister at the Ministry of Knowledge Economy, were previously accused of receiving the developer’s money through the lobbyist. The diary lists dozens of meetings with Park and Choi each in 2007 and 2008 as well as Representative Lee who also is listed several times.

Representative Lee, member of the ruling Saenuri Party, strongly denied yesterday having any connection to the scandal-ridden project.

“If I were asked for a favor, I would probably remember him,” Lee said, referring to the lobbyist. “But I have no memory of him. I don’t think we’ve ever met alone.”

Lee Dong-yul is also the vice chairman of the hometown friendship association for Guryongpo-eup in Pohang, North Gyeongsang, which is in Representative Lee’s district, and the lawmaker told the JoongAng Ilbo yesterday that “he may have met Lee Dong-yul with other people in events for hometown association or the legislative district,” but added again that he didn’t recall any specific meetings with the accused lobbyist.

Even so, prosecutors are investigating the hometown connection as a possible lead in the pi-city case. Representative Lee and Choi have been friends for 50 years since meeting in their shared hometown of Pohang and attending Seoul National University together. Park is from the neighboring city of Chilgok, North Gyeongsang, and served as an aide to Representative Lee for 11 years from 1994. Choi, Park and Representative Lee were all key members of President Lee’s election campaign in 2007.

In addition to the diary, prosecutors also said they seized records from the lobbyist listing cash gifts he gave at funerals and weddings. About 10 names of top-ranking officials in the Lee administration are listed along with the amounts provided to them.

As his name surfaced along with Choi and Park over the scandal, Representative Lee refrained from attending any public events.

The lawmaker is also being investigated in a separate case for allegedly receiving bribes from a suspended savings bank in return for using his influence to help its business. During last year’s probe into allegations that SLS Group Chairman Lee Kuk-chul paid bribes to politicians, prosecutors found suspicious transactions in records for a bank account belonging to the lawmaker’s female secretary, including 700 million won in deposits.