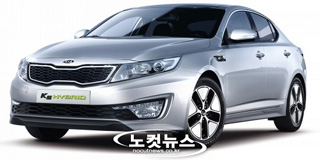 Net income rose 26 percent to 1.2 trillion won ($1.1 billion) in the three months ended March from 953.2 billion won a year earlier, the carmaker said in a regulatory filing yesterday. That compares with the 948.4 billion won average of 26 analysts’ estimates compiled by Bloomberg.

First-quarter vehicle sales in the U.S. rose a revised 32 percent, more than triple the pace of Kia’s annual target, with an increase of 25 percent in Europe and 15 percent in China as its models gained popularity in export markets. The Hyundai Motor affiliate said in January it’s targeting growth of 10 percent in the U.S. and 23 percent in Europe.

“The company’s global sales trend will continue,” said Shin Chung Kwan, an analyst at KB Investment & Securities. “Kia’s sales in the domestic market, where it struggled last quarter, will also grow as it launches the new K series models scheduled to be released this year.”

Operating profit, or sales minus the cost of goods sold and administrative expenses, increased 33 percent to 1.12 trillion won, the company said.

The company can produce 2.8 million or more vehicles this year, said Joo Woo-jeong, head of financial management at Kia, yesterday.

“This is more than our original sales target of 2.7 million,” said Joo. “We expect sales to exceed the target.” Bloomberg