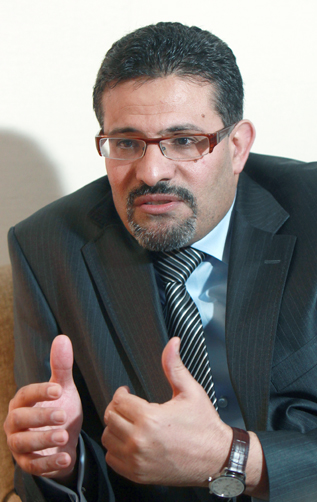 No country in the world is free from the irreversible trend of democratization, even North Korea, according to the foreign minister of Tunisia, the country that initiated the wave of political revolution in the Middle East known as the Arab Spring.

Tunisian Foreign Minister Rafik Abdessalem said in an interview with the Korea JoongAng Daily and the JoongAng Ilbo in Seoul on April 20 that North Korea should give more freedom to its people.

“Maybe for some countries it will take more time, like in the case of North Korea. But I am sure it is impossible in this age of a new era to live fully isolated from the world,” Abdessalem said.

Abdessalem said an inevitable wave of change, partly influenced by the development of new media, makes what was once a virtual world a reality. He said a heavy-handed dictatorship by one man or by one party in countries like the North will no longer control a country as easily as it used to.

“People around the world have their own demands for dignity, for political participation, for democracy and I think there is no escape from this destiny,” he said.

The push for democracy in the North African country began in the form of street protests in December 2010 that eventually culminated with an end to the 23-year-long rule by President Zine El Abidine Ben Ali in January last year. Abdessalem, a former student activist who lived in exile for 20 years, said he helped represent the voice of people of their country.

After Tunisia, people in Egypt and Libya toppled their autocratic regimes. Bahrain and Yemen were also affected by the movement, and Syria is now in the middle of an uprising, which has seen significant bloodshed due to the deadly crackdown by the Syrian government.

Abdessalem said the movement in Tunisia affected the whole area. “The main message that has been sent from Tunisia is that political change is possible,” he said.

He said the wave of political change in the region will not die down easily, although each of the countries will experience it differently in accordance with their political situations, either through a revolution as in Tunisia, Egypt and Libya, or gradual political reform like in Morocco.

Tunisia held its first democratic parliamentary election last October and is on the path to raise the country’s prosperity to the next level with efforts to increase its regional clout politically and economically, the foreign minister said.

“The expectation of the people after the revolution is very high, and the main priority of this government is to implement those aspirations and expectations of the people.”

Abdessalem visited South Korea on a two-day itinerary, during which he met his South Korean counterpart Kim Sung-hwan.