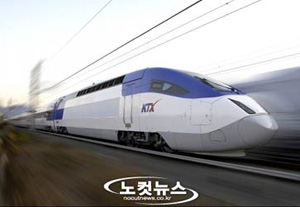 The Board of Audit and Inspection (BAI) said that the Korea Railroad Corporation, or Korail, has acquired scores of technically defective KTX-Sancheon trains even though they were aware they were defective.

The BAI has revealed that a total of 130 railroad accidents were reported on KTX trains in 2011, saying that the number has increased by 116 percent from 2009. The BAI has pinpointed the KTX-Sancheon trains that went into operation in March 2010 as the primary cause for the rapid increase of the accidents.

“We found that most of the KTX-Sancheon trains experienced early failures,” a spokesman of the BAI said during a press conference. “This was due to imperfect trains. The trains were built in a very short period of time and the manufacturer didn’t have good enough technical skills to produce quality trains.”

The report said that Korail has acquired a total of 60 KTX-Sancheon train cars since February 2010, though they found 57 technical defects before they purchased the trains from Hyundai Rotem Co., the manufacturer of the trains, and have been operating them without any complementary measures.

It said that a total of 688 big and small defects that are related with safety issues were reported from March 2010 to July 2011.

The BAI found 31 technical defects that are presumed to be produced by the manufacturer’s inexperience.

“We’ve punished officials managing the KTX-Sancheon trains,” a spokesman of the Korail told the JoongAng Ilbo. “In order to secure safety for the trains, we have been educating engineers managing the trains since March and inspect every train more carefully.”

In July of last year, a KTX-Sancheon train was forced to stop in Miryang, South Gyeongsang after smoke started to rise from the back of the train while it was on its way to Masan on the south coast, forcing about 180 passengers to transfer to another train to finish their trip.

In May last year, another KTX-Sancheon train traveling from Seoul to Masan abruptly stopped due to an apparent malfunction in its brake system. The KTX-Sancheon is the first locally made high-speed train by Hyundai Rotem Corporation and a total of 19 trains of its kind are in operation.