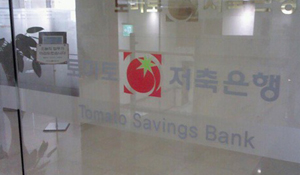 The amount of the alleged slush funds raised by “pi-city” developer Lee Jung-bae has continued to snowball as the prosecution looks further into the case.

“The developer received 120 billion won ($105 million) in loans from the Tomato Savings Bank for the project, but the whereabouts of the money is unclear,” a court-appointed manager of the pi-city project told the JoongAng Ilbo on Thursday.

Shin Hyun-kyu, president of the Tomato Savings Bank, discovered after acquiring the Yangpoong Mutual Savings Bank in 2008 that the Busan-based bank had provided illicit loans of 60 billion won to the pi-city developer, the source said.

Shin tried to collect the money, but reportedly changed his mind after meeting with the developer. Lee persuaded Shin that the project would generate more than 1 trillion won of profit, and Shin made an additional loan of 60 billion won to the developer, the source said.

The creditors of the project already filed a civil suit against the former management of the project, including Lee, in May last year claiming that 92.9 billion won of the corporate money was spent without record.

Adding the loan from the Tomato Savings Bank, the amount of funds suspiciously evaporated from the project is more than 200 billion won.

With the finding, the possibility grew that the developer used more money for his “lobbying” activities to expedite the construction approval process than what he admitted.

So far, he testified to the prosecution that he gave 6.15 billion won to Choi See-joong, former head of the Korea Communications Commission, and Park Young-joon, former vice minister of knowledge economy, to buy their influence in order to expedite the process of obtaining construction approval.

He also said he provided 4.3 billion won to two Woori Bank officials in return for their help in arranging the project financing loans.

“Because the developer’s testimonies are inconsistent about when and how much he spent for the so-called lobbying activities, we are confirming through other channels on the total amount of the slush funds,” a prosecution official said.