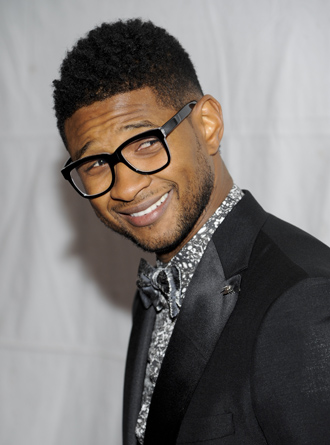 NEW YORK — Usher debuted new songs in an unconventional way Friday night: The singer danced to his new music as part of the off-Broadway play “Fuerza Bruta: Look Up.’’

“Fuerza Bruta’’ is a fast-paced and acrobatic play in which the audience stands as performers dance and jump around on the walls, on stage and on the floor with the crowd.
Usher worked as its lead “Running Man,’’ beginning the show on a treadmill, bursting though paper-made walls as his No. 1 R&B tune “Climax’’ blasted in the background.

There was also a plastic pool suspended above the crowd, where dancers moved and splashed around to songs, including one slow groove with lyrics like, “It’s raining inside your bed.’’ Water hit the crowd throughout the night at the invite-only event.

At one point the Daryl Roth Theater turned into a pulsating nightclub as Usher’s new pop anthems — including the European-flavored “Scream’’ — played as lights flickered, sirens blasted and confetti burst.