After School concert a sell-out in Japan, prompts encore

After School concert a sell-out in Japan, prompts encore 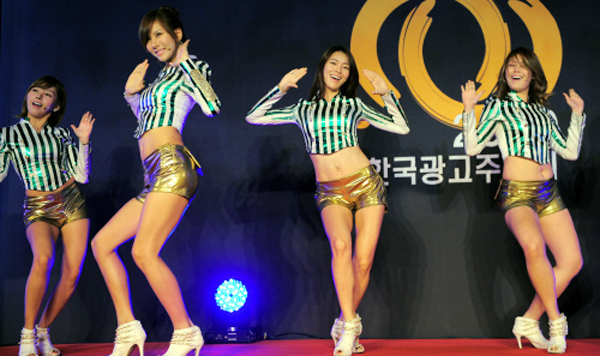 Girl group After School has proved its popularity in Japan yet again with a sold out concert at the Jepp Tokyo on April 27. At the first leg of its “Playgirlz” tour, the band sang a total of 22 songs including “Diva,” “Shampoo” and “Broken Heart.”

A highlight of the night was when member E-Young took to the stage to show off her electric guitar skills.

“The girl group’s popularity was again proven, as the tickets for the show were sold out well in advance. Due to fans’ request, we have decided to put on an encore performance on June 17,” said Pledis Entertainment on April 29.

Following its Tokyo concert, the girl group headed to Nagoya on the 28th and Osaka on the 30th.

In June, the band will be busy promoting itself with a new member, 17-year-old Ga-eun.