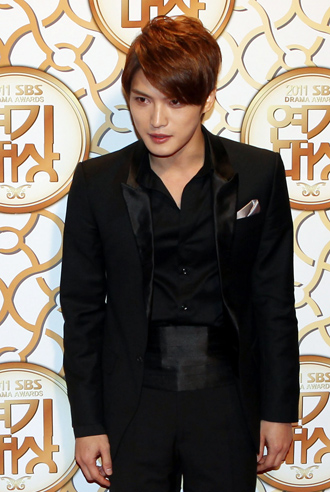 Boy band member Kim Jae-joong from JYJ will hold his very first solo fan meeting in Taiwan. The singer who has proved himself as an actor through various programs of late will open the “2012 Kim Jae-joong Fan Meeting in Taipei” on May 23. More than 2,500 fans will be in attendance and the showcase will revolve around Kim’s involvement in the drama “Protect the Boss” (2011).

Kim will talk to Taiwanese fans about behind-the-scenes moments and play games and converse with fans at the event. He will also sing the song “I’ll Protect You” which was included in the drama’s soundtrack.

CJeS Entertainment announced on March 30 that this is the entertainer’s first fan meeting with the Taiwanese fans.

“Currently there are talks of re-running the drama ‘Protect the Boss’ as it was immensely popular. Kim has more than 100,000 online fans just in Taiwan,” said a spokesperson from the Taiwanese fan meeting.
Tickets for the fan meet will be made available on Taiwanese ticketing Web sites.