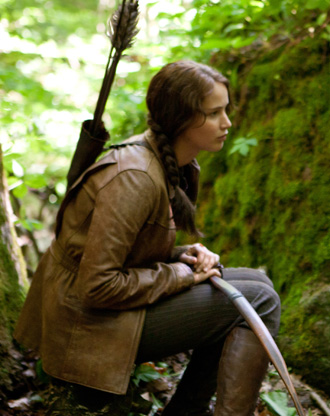 LOS ANGELES - This year’s MTV Movie Awards will be a showdown between a bevy of bridesmaids and a cast of killer kids.

“Bridesmaids” and “The Hunger Games” topped the nominees at MTV’s annual film honors with eight nods a piece, including bids for best cast, breakthrough performance and movie of the year. Rounding out the best-picture contenders are “Harry Potter and the Deathly Hallows: Part 2,” “The Help” and “The Twilight Saga: Breaking Dawn-Part 1.”

MTV announced nominees Monday in 12 categories, including six new ones including “best on-screen dirtbag” and “best gut-wrenching performance.” Also new this year: Nominees were selected by a panel of actors, producers, agents and industry tastemakers instead of via an online vote from the public.

The 21st annual MTV Movie Awards will be presented June 3 at the Gibson Amphitheatre at Universal City, California and broadcast live on MTV.