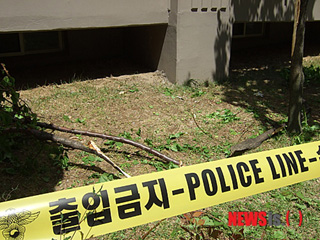 Yet another Daegu student, this time a troubled high school girl, committed suicide yesterday, the latest in a series of teen suicides that have plagued the city since a bullied middle school boy jumped off his apartment balcony four months ago.

The city is now concerned that it is suffering from the Werther Effect, or copycat suicides, named after the suicidal main character in Johann Wolfgang von Goethe’s “The Sorrows of Young Werther.”

Since last December, when a 13-year-old middle school boy surnamed Kwon jumped off a seventh-floor balcony after incessant bullying, the city has seen nine attempted student suicides. Seven were successful.

On Sunday, a 17-year-old high school junior surnamed Kim jumped to her death from the top of a five-story building housing a library at 10:10 a.m. on Sunday.

She frequented the library in the building, and police found her notebook there. She had written, “I am going to die. If you go home, you will find my detailed testament.”

In Kim’s testament at her home, written on three A4-size pages, she stated, “My suicide is not related at all to school violence or being ostracized.”

“Kim received top grades, and it appears that she committed suicide for personal reasons,” the Daegu Metropolitan Office of Education said yesterday. It concluded that her suicide “did not seem to have anything to do with school violence.”

Kim had been receiving psychiatric treatment prior to her death, according to the police. In her suicide note, she mentioned that she had cut her wrists in the past.

A day before, a 15-year-old Daegu middle school student died from jumping off a 15-story building in the middle of a phone conversation with a friend.

Last Thursday, a 15-year-old middle school girl who claimed she was bullied at her hagwon, or private academy, attempted suicide and is currently receiving treatment at a hospital.

Woo Tong-ki, superintendent of the Daegu Education Office, appealed to the press and to Daegu parents Monday: “Please help so that copycat suicides don’t spread like a syndrome.” For students’ lives to be saved, he said, “Parents, schools and the press need to step forward.”

He said that while there were varying reasons that contributed to a student trying to commit suicide, including school bullying and problems with friends and family, “We cannot overlook the Werther Effect.”