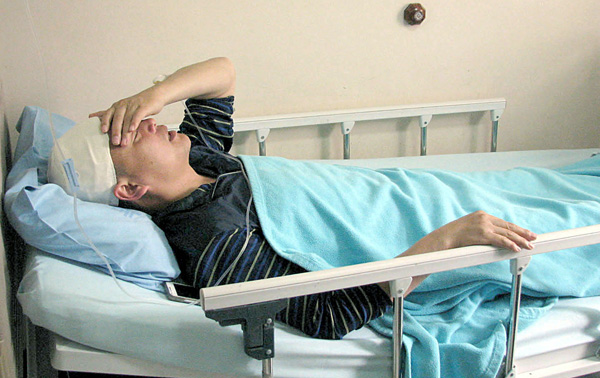 
The Korea Coast Guard said yesterday it requested an arrest warrant for the captain and first mate of a Chinese fishing vessel for injuring South Korean officials who were cracking down on illegal fishing a day earlier.

Nine Chinese sailors and their 227-ton vessel were detained by the Korea Coast Guard in Mokpo, South Jeolla, after being caught fishing in South Korea’s exclusive economic zone (EEZ) off the country’s southwestern region Monday.

Another seven Chinese sailors will be freed, the Coast Guard said.

According the Coast Guard, a patrol ship belonging to the Ministry for Food, Agriculture, Forestry and Fisheries spotted the Chinese vessel 50 kilometers (31 miles) northwest of Hong Island of South Jeolla at around 2:30 a.m. Monday.

One official jumped off the vessel to avoid being injured and was rescued by the ministry’s patrol 20 minutes later, the official said.

The Korea Coast Guard said it dispatched a patrol from Mokpo to the scene and chased the vessel as it tried to flee. It caught up with the vessel about 76 kilometers northwest of Hong Island, still within Korea’s EEZ area, at around 4:50 a.m. Monday and brought it to Mokpo.

The incident came less than five months after the death of a Korean Coast Guard officer at the hands of the captain of a Chinese vessel caught illegally fishing off of Incheon, west of Seoul, last December. Another Korean legal enforcement officer was also injured in that crackdown.

In April, the Incheon District Court sentenced the 43-year-old captain of the vessel to 30 years in prison for murder and fined him 20 million won ($17,722).

After the December incident, the Korean government announced a set of countermeasures against growing illegal fishing by the Chinese, including a revised bill aimed at enhancing punishment of the crime.

A revision of Korea’s exclusive economic zone law, submitted in December to the National Assembly, doubles the maximum fine for unauthorized fishing by a foreign vessel to 200 million won and allows for the vessel to be kept, not returned to its home country.

The revision bill is among 60 pending bills waiting to be processed at the final parliamentary session that will open today, but the prospects are dim that it will be passed before the 18th National Assembly ends its term on May 29. Any bills that aren’t passed will be automatically scrapped.