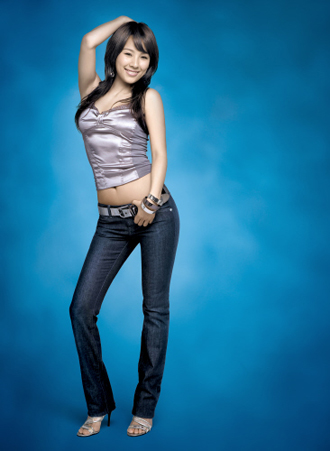 Singer Lee Hyori has re-signed with Lotte’s soju brand “For the First Time” for the ninth time, becoming the entertainer who has represented a brand of soju for the longest duration.

Lotte Liquor announced on May 2 that Lee has been representing its line of soju since 2007. Each contract that Lee has signed with the company since then has lasted for six months each.

“Lee is a sexy and charismatic entertainer liked by the old and young alike. She has consistently helped our sales since becoming the brand’s model,” said a spokesperson from Lotte Liquor.

The brand’s future recruits will be comedians Kim Jun-hyun and Kim Won-hyo, among other entertainers from KBS’s “Gag Concert.”