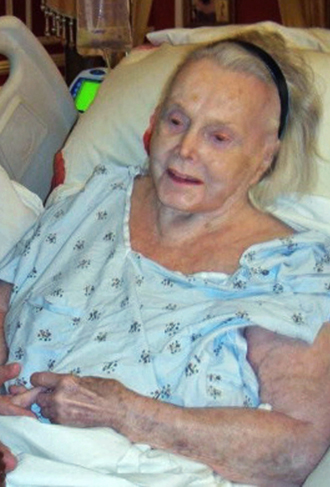 LOS ANGELES - The husband and estranged daughter of 95-year-old actress Zsa Zsa Gabor, whom a doctor described as bedridden and mostly unresponsive, said on Wednesday they will try to settle their dispute over her affairs outside a courtroom.

Gabor’s only child, Francesca Hilton, had asked a Los Angeles judge to appoint a conservator for her mother claiming the actress’s ninth husband, Frederic Prinz von Anhalt, had isolated her and may be mishandling Gabor’s financial matters.

Attorneys for Hilton and von Anhalt on Wednesday asked the judge to delay a hearing, saying they hoped to resolve the issue on their own. “Miracles happen in mediation,” Hilton’s attorney Kenneth Kossof said.

Gabor, the glamorous blonde star of 1950s films “Moulin Rouge” and “Lili,” has been in and out of hospitals repeatedly since breaking her hip in 2010 and later having a leg amputated. She is cared for at her Bel Air mansion by von Anhalt.

Evaluating her health for Wednesday’s hearing, Dr. Debra Judelson said in a written statement that Gabor is “bed-bound, unable to hear or see clearly, unable to respond to or answer questions, becomes agitated when outside of a familiar environment.”

Judelson also stated that Gabor is “calmer in familiar home environment with familiar people, agitated in hospital setting. Recognizes husband by voice/hand squeeze and able to be calmed by him.”