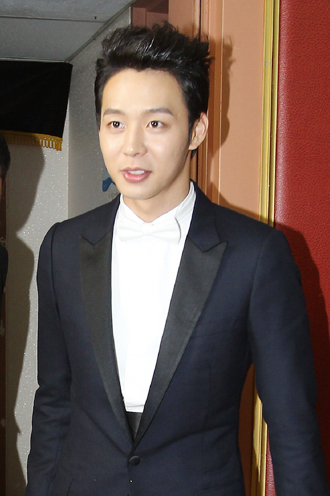 JYJ’s Park Yu-chun received a class four physical disability rating from a medical examination at the Military Manpower Administration, which means he will undertake his conscription service as a reserve conscript, most likely working as a public service worker. Those who are given a rating of four are exempt from full military training and act as reserve conscripts, often undertaking less strenuous or administrative duties for the military.

The reason for the rating is thought to be Park’s asthma issues. According to an exclusive by Internet news site Dispatch, Park has undergone a series of three medical examinations over the past two years and the final verdict was given to him this year.

Park is scheduled to undertake training as a reserve conscript on May 21. However, as the drama “Rooftop Prince” in which he is starring currently has yet to finish, it is unknown whether Park will attend the training sessions or not. A representative from the military said that in celebrity cases a postponement of training is possible if the individual has a legitimate excuse.