Song Seung-hun to present fans with a short film at the fan meet.

Song Seung-hun to present fans with a short film at the fan meet. 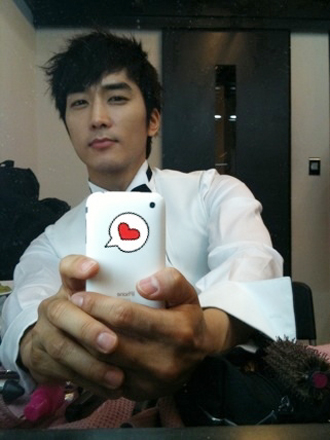 Hallyu actor Song Seung-hun will treat fans to a DVD of his new short film “Lucid Dream” as well as a photo booklet when he meets with them at a fan meeting in Japan on May 15.
The event to take place at Makuhari Messe in Chiba is entitled “Song Seung-hun Japan Fan Meeting 2012- Lucid Dream.” As well as consisting of two sessions, it is the first Japanese fan meet for Song in more than two years.

The movie to be presented to fans was a personal project initiated by the star and is a monodrama focusing on the life of Song, specially produced for the fans. It was directed by director Chang, who is known for having directed various music videos.

At the fan meeting, K-pop group Beast and actor Jo Hyun-jae will make a special appearance on stage.
By Carla Sunwoo [carlasunwoo@joongang.co.kr]