Supplying power plants is a cash cow once deal is done

Supplying power plants is a cash cow once deal is done 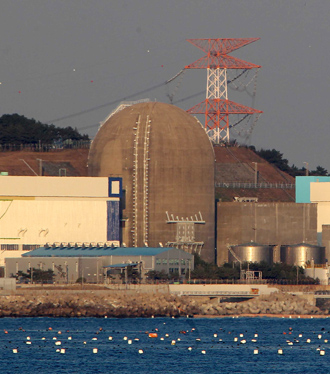 Supplying power plant components to the Korea Hydro and Nuclear Power Corporation (KHNP), the sole operator of the country’s 21 nuclear reactors, has long been considered a lucrative business for many manufacturing firms because competition is relatively limited when making a bid.

“It is extremely difficult for a manufacturing company to win a bid and start supplying goods to the operator, but once it enters, the firm can earn high profits in a stable way,” said a chief executive of a small and midsized company that produces materials for nuclear reactors.

Currently, the company supplies materials for thermal power plants but since last year, it has been preparing to make a bid to offer components to the KHNP for nuclear reactors. The process, however, hasn’t been so easy because of tough safety requirements.

“Since the process is difficult, there are some middlemen [often retirees of KHNP that have ties to current officials] that help companies make bids,” the CEO said. “Some companies even recruit former retired executives of KHNP to use their human network to be able to supply goods to the operator.”

The hurdles can be endured because once companies are chosen as one of the operator’s contractors they are able to maintain market control and earn high profits.

“Only a few companies meet the requirements of making bids and that lowers the overall competition,” the CEO said, noting that companies are able to sell their items at higher costs.

Industry observers note that the monopolistic structure of Korea’s nuclear power plant industry has led to officials engaging in multiple corruption scandals, including the latest one involving senior officials at the Gori Nuclear Power Plant who received bribes from local suppliers to allow the supply of counterfeit goods instead of originals.

In April, critical components in the Gori plants were found to have been knockoffs made locally and bought by a supply manager at the plant who allegedly received kickbacks. Yesterday, the Ulsan Prosecutors’ Office said that four KHNP officials and a broker have been arrested and charged with bribery. The prosecution’s latest investigation showed that four senior officials each received a minimum of 20 million won ($17,714) from 2010 until present and a maximum of 180 million won. Around 10 local components manufacturers are known to be involved in offering bribes.

“The industry has been lacking competition for a long time now and that’s what led to the recent corruption scandal,” said Seo Gyu-yeol, a nuclear engineering professor at Seoul National University.

According to industry sources, around one million different components are needed to operate one nuclear reactor and the government spent 1.3 trillion won last year on purchasing these items. The money was divided and paid to 800 suppliers.

Observers note that the overall industry will grow in the years to come because new reactors will be built continuously with old ones closing down. But competition isn’t likely to grow.

“As for last year, there were no new companies making bids for single contracts worth more than 1 billion won,” said an official from the Ministry of Knowledge Economy. ”