Infinite is coming to a city near you

Infinite is coming to a city near you 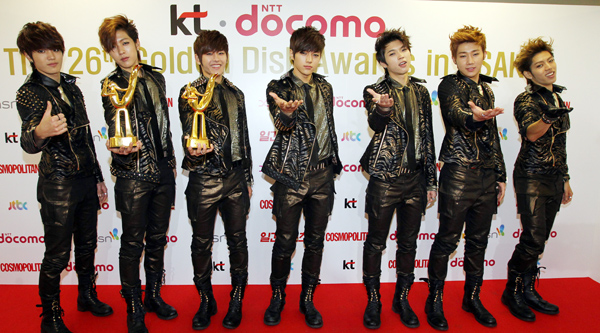 
In an ambitious move, boy band Infinite will tour five cities in Korea in just one day. The tour is set for May 15, and after a showcase at 9 a.m. in Gwangju, the band will travel to Busan, Daegu and Daejeon before coming back to Seoul around 8 p.m. for a final show. The five shows are free of charge and, on average, about two or three hours apart, meaning that the band will have to be on its feet the whole day.

In order to minimize delays and avoid traffic, the band has chartered a helicopter to make its way around the country. The band has recruited talented support staff from all over Asia to make sure the concert marathon is a first-class event for all fans, its agency said.

“This tour is different from others as the band is coming to its fans rather than the other way around,” said a representative from the group’s agency. “Nothing like this has ever been executed in Korea before, and we are pumped.”

Tickets will be made available from Monday on the music Web site www.melon.com.
By Carla Sunwoo