Ryu Si-won won’t give up on family

Ryu Si-won won’t give up on family 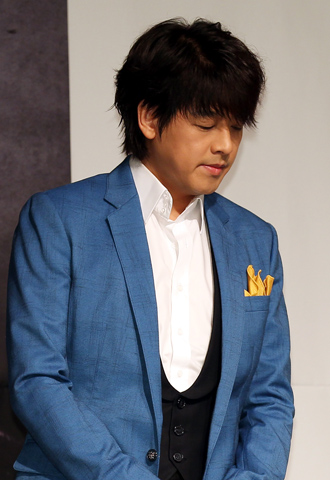 Actor Ryu Si-won wanted to talk about his new drama “Goodbye My Wife” at a press conference on Thursday, but the media had another idea.

Reporters at the Ramada Hotel in southern Seoul repeatedly asked him about the state of his divorce proceedings, which were initiated by his wife on March 22.

In response to requests by the press, Ryu talked about his personal life alongside co-stars Hong Soo-hyun, Park Ji-yoon, Kim Min-su and Julien Kang, who were there to talk about the television show.

“There’s not much to say, but I guess it needs to be said. Foremost, I’m so sorry to announce such bad news at a time where I should be promoting my new drama. I want to apologize, especially to my fans,” Ryu said.

The Hallyu actor said that not much has changed since he announced that he would do everything in his power to keep his family together.

“My family, especially my daughter, is my life, and I’ll try my best to keep us together. Even if it doesn’t work, I want my daughter to know that I tried everything in my power as a parent.”
By Carla Sunwoo