NIH scientist talks about glass ceiling in the U.S.

NIH scientist talks about glass ceiling in the U.S. 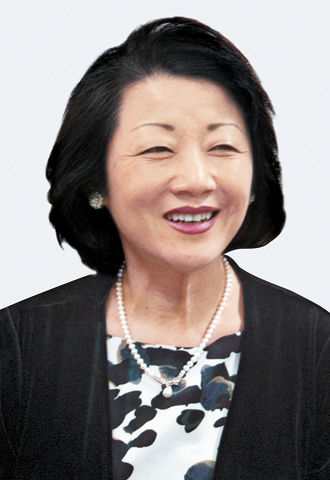 During an interview at Seoul National University, her alma mater, where she was giving a lecture late last month, she admitted that the glass ceiling in her profession can be quite high.

But it certainly didn’t hinder her academic and professional achievements.

In 2001, Kim discovered the mechanism of the omega-3 fatty acid, which is contained in fish oil and has been found to boost brainpower.

Her research spurred the worldwide popularity of omega 3, and because of her work, Kim earned tenure at the National Institutes of Health, only the second female to do so.

Kim graduated from Seoul National University with a bachelor’s degree in pharmacy and earned a doctoral degree from the University of Houston. She joined the NIH in 1984 as a fatty acid expert, and her husband, Kang Gil-jong, is executive director of the Food and Drug Administration.

Chung Jin-ho, dean of the College of Pharmacy at Seoul National University and Kim’s college classmate, said, “Kim’s standing at the NIH is remarkable, especially given that Lee Seo-ku, a 69-year-old male professor at Ewha Womans University, was picked by the Korean government as the nation’s top scientist in 2006 after serving at the NIH for 33 years.”

The JoongAng Ilbo sat down with Kim to ask her some questions about her career.

Q. What led you to start a career as a scientist?

A. In my class at Seoul National University in 1977, only seven students were female out of 80 in total. I was the worst performer, so I entered graduate school, where I became belatedly interested in pharmaceutical studies. I went to the United States to study with my husband. Most of the female students in my SNU class are now housewives. That’s the way it is for people of my age.

What are most difficult parts of being a civil servant in the U.S.?

There are three drawbacks for me: being short, a foreigner and a woman. Nobody actually expected much, but with my surprising research outcome, the way people looked at me changed.