Seoul warns Pyongyang of payment due for loan

Seoul warns Pyongyang of payment due for loan 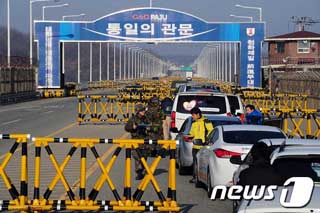 Seoul notified Pyongyang yesterday of the approaching maturity of “food loans” given by two previous liberal governments to the Kim Jong-il regime, and said it was almost time to pay up.

The Seoul-based Export-Import Bank of Korea reminded its North Korean counterpart, Chosun Trade Bank, of its obligation to make its first payment of part of the principal and interest for food loans by June 7, according to the Ministry of Unification, a South Korean agency overseeing inter-Korean affairs. The loans were made in the form of food and are supposed to be repaid in cash.

In September 2000, the two Koreas signed the “Agreement on Provision of Food Loans” as a follow-up to the first-ever inter-Korean summit in June 2000 between then-South Korean President Kim Dae-jung and then-North Korean leader Kim Jong-il.

Under the agreement, the South provided the North with 2.4 million tons of rice and 200,000 tons of corns, worth $720 million in total, in six batches until 2007, throughout President Roh Moo-hyun’s term. The deal stipulates that the North will pay the loans back over the course of 20 years beginning June 7, 2012, the bank said.

The bank is the operator of Seoul’s inter-Korean Cooperation Fund, through which the loans were provided. The first batch of food loans in October 2000 was worth $88 million and the principal and interest the North should pay next month is $5.83 million, the bank said. The interest rate on the food loans was 1 percent per year, the ministry said.

The notification came as the North, now led by the youngest son of Kim Jong-il, Kim Jong-un, was upping its threats toward the South.

The bank said the notification was a business matter not related to politics. “We do this for any loans that we provide, whether to local entities or foreign,” said an official of the bank.

There was no immediate response from the North yesterday.

Apart from the food loans, the South Korean government provided the North with $130 million in infrastructure loans for railways and roads between 2002 and 2007, whose maturity has yet to be set.

Seoul also provided $80 million for light industry materials such as clothes, shoes and soaps in 2007, which will reach its maturity beginning in 2014. Those loans were also executed by the Export-Import Bank of Korea.