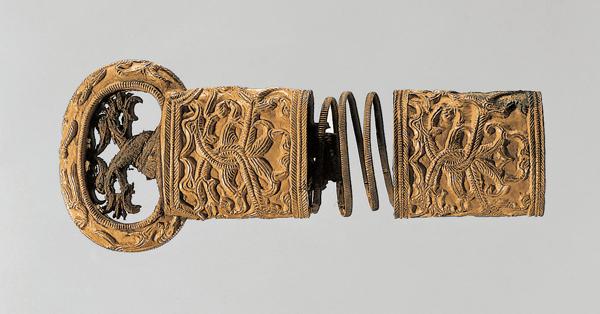 A golden sword hilt from the Silla Dynasty is on display at a special exhibition called “Dragon: Auspicious Animal in Korean Art” at the Ho-Am Art Museum in Yongin, Gyeonggi. The curvy and detailed carvings depict the movement and expressions of a dragon. Provided by the museum


While the Year of the Dragon might bring to mind bright festive costumes or fireworks celebrating the coming of a new year, the animal from the Chinese zodiac has also served as inspiration for Korean artists for centuries. 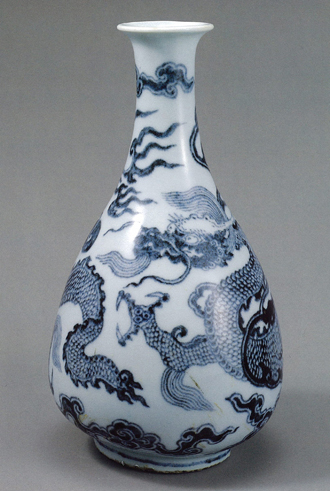 The mythical dragon served as inspiration for a wide variety of art, such as this 15th-century piece of white porcelain (top) as well as this 14th-century copy of the Buddhist text “Gandavyuha Vol. 31” (bottom).

To show how the mystical creature has found its way into traditional artwork over the years, the Ho-Am Art Museum in Yongin, Gyeonggi, kicked off a special exhibition called “Dragon: Auspicious Animal in Korean Art” on April 17.

The exhibit showcases a wide variety of paintings, sculptures and potter y that all draw upon the mythical creature in some manner. Some dragons appear friendly and humorous, while others are powerful or even threatening. In total, 58 dragon pieces are on display, including one national treasure and two treasures.

“As a mythical creature and the most auspicious animal in the zodiac, the dragon has held an important place in the lives of the Korean people for ages,” Hong Ra-hee, the director general of Leeum, Samsung Museum of Art, said in the catalog for the exhibit. Both Ho-Am and Leeum are run by the Samsung Foundation.

But even as it holds significant influence among Korean works, it is not clear how the creature came to be defined as it is today.

One theory says the dragon myth originated from water deities in India and was introduced to China along with Buddhism. Another says it was created by tribesmen in ancient China, who were inspired by encounters with a very large reptile.

In Korea, the earliest reference to dragon appears in two historical texts: the “Samgukyusa” (“Heritage of the Three Kingdoms”), written in 1285, and “Samguksagi” (“Chronicles of the Three Kingdoms”), written in 1145. In these, the dragon appears in myths about the founding of the three kingdoms of Korea, showing the deep link it has to authority and royalty.

It eventually became inspiration for works of Goryeo celadon and white porcelain, two of Korea’s most famous ceramics, and much more. A series of pottery dating from the Goryeo Dynasty is on display in the exhibit’s section on royal art. One piece of 15th-century white porcelain features dragons and clouds with Chinese-style blue paint and is designated as Korean Treasure No. 786.

“The dragon appears in diverse forms including ceramics, Buddhist art, metal work and folk relics, not to mention paintings,” Hong said. “Through generations, the dragon has been regarded as a symbol of royal authority, an enforcer of Buddhist law and a protector against evil spirits that welcomes good luck.”

The widespread reverence for the dragon that developed over the years is particularly evident as it appears on objects used by people who were not members of the kingdoms’ leadership.

“It is noteworthy that the dragon came into use by people at all different levels of society, not just the elite, as evidenced by a wine cup for royal use or functional objects for common people,” said Park Min-sun, head of public relations at the Samsung Foundation of Culture. One section of the Ho-Am exhibited is devoted entirely to dragons in common artifacts, including lids or brush holders and water droppers used for calligraphy during the 15th century. 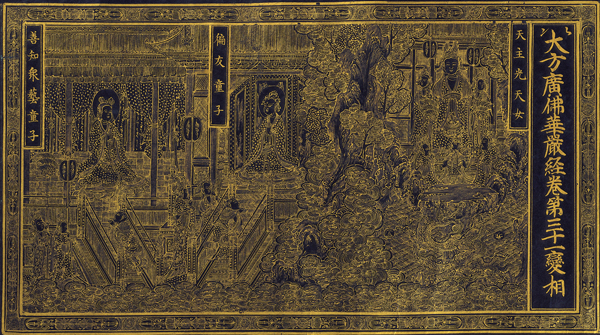 
Other pieces not to be missed according to museum officials include: a 14th-century copy of the Buddhist text “Gandavyuha Vol. 31” in gold and silver on indigo-blue paper, which is National Treasure No. 215, and a golden sword hilt from the fifth- and sixth-century Silla Dynasty with delicate, well-preserved carvings. The hilt is Korean Treasure No. 776.

Officials of the Ho-Am Art Museum have also set up tablet PCs and high-definition monitors to allow visitors to get a closer look at the works in the exhibition.

This year also marks the 15th anniversary of the Hee Won Korean Traditional Garden, which is located near the museum and open to the public. Staff at the Ho-Am Art Museum suggest that early May is an excellent time to enjoy the spring flowers that bloom in the beautiful garden.


* The exhibition at the Ho-Am Art Museum in Yongin, Gyeonggi, runs until Jan. 13, 2013. Hours are from 10 a.m. to 6 p.m., except on Monday, when the museum is closed. You can get to the museum by taking the bus headed to the Everland theme park and transferring to a shuttle bus at the entrance of the park.