Yu can’t win them all

Yu can’t win them all 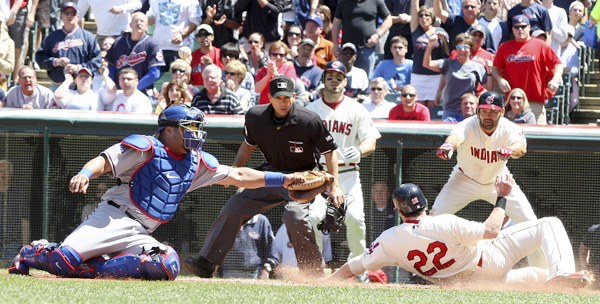 Cleveland Indians’ Jason Kipnis, second from right, slides into home plate ahead of the tag of Texas Rangers catcher Yorvit Torrealba, left, during the third inning of their MLB American League baseball game in Cleveland. The Indians won 4-2. Cleveland’s Korean right fielder Choo Shin-soo had one hit, one walk and one steal in his three at-bats. His batting average has now risen slightly from 0.211 to 0.215. The Rangers’ Japanese starting pitcher Yu Darvish had an MLB career-high 11 strikeouts in six innings, but picked up his first loss of the season. [REUTERS/YONHAP]