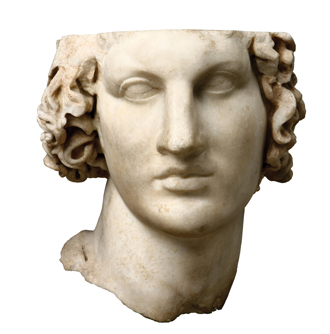 A bust of Alexander the Great from the third century BC

To many Koreans, Turkey is far geographically but close emotionally.

The media often refers to the two countries as “blood brothers” as nearly 1,000 Turkish soldiers lost their lives while fighting for the South during the Korean War (1950-53). Turkey sent about 15,000 soldiers, the third-largest contingent after the United States and Britain.

Some football fans may remember Turkey from its dramatic match against Korea in the 3rd and 4th place playoff during the 2002 FIFA World Cup, and history buffs can point to exchanges with Turkey that date back to the Three Kingdoms period more than a thousand years ago.

Still, it is fair to say that while most may know the basics, knowledge about Turkish culture, which is often more closely associated with the country’s European or Middle Eastern neighbors, is limited in Korea. 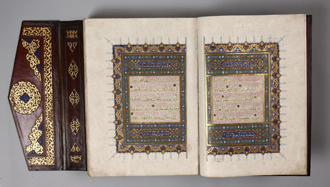 To enlighten local museum-goers about the country’s history, culture and art, the National Museum of Korea in Yongsan District, central Seoul, has kicked off a special exhibition dedicated entirely to Turkey, where timeless relics weave through time to tell the Turkish story across thousands of years.

Dubbed “The Civilizations of Turkey: Emperors in Istanbul,” the exhibition features important treasures from several of Turkey’s national museums: the Topkapi Palace Museum, the Museum of Anatolian Civilizations, the Istanbul Archaeological Museums, and the Museum of Turkish and Islamic Arts. They are being shown in Korea for the first time.

“Many different civilizations coexist in Turkey, which is extremely rare across the globe,” Kim Young-na, the director of the National Museum of Korea, told reporters at the opening ceremony on April 30.

“From ancient Mesopotamia to Hellenism under Alexander the Great as well as the Byzantine culture of early Christianity and the Islamic culture of the Ottoman Turks, you can understand the exchanges of Eastern and Western cultures all at once.” 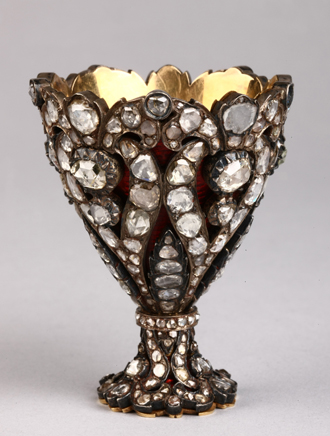 A 19th-century coffee cup holder made of gold, diamonds and silver

The exhibition showcases more than 180 artifacts which range from ancient pieces that might be familiar from stories about Troy, Phrygia, and Hittite to fine Greek and Roman sculptures and treasures from the palaces of Ottoman sultans.

Some must-see items include a bronze water bottle from the time of Phrygian King Midas, who mythically turned everything he touched into gold, and an “Endowment Document” created by Hattusili I during the Hittite Empire, whose people were some of the earliest producers of iron goods.

Also notable are the numerous precious items once used by Ottoman sultans, including: a long sword decorated with gold, 11 diamonds and Arabic characters; a turban ornament made of gold, diamonds, pearls, rubies and emeralds; and a Koran chest decorated with wood, mother of pearl and a turtle shell. 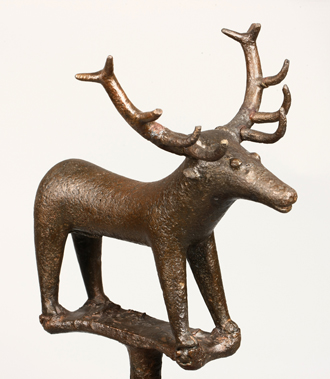 A bronze statuette from 3000 BC used for rituals. Provided by the National Museum of Korea

Among all of these pieces, the National Museum of Korea attempted to create a Turkish atmosphere in the exhibition hall by installing a photo of a sunset taken near the Hagia Sophia, once the most famous religious building in Istanbul. Organizers also set up installations that resemble mosques in between pieces on display.

Since 2008, the museum has hosted a series of exhibitions highlighting some the world’s best-known civilizations. “Glory of Persia” in 2008, which showcased Persian artifacts, and “Pharaohs and Mummies” in 2009, which featured Egyptian relics, were both great hits.

The latest exhibition celebrates the 55th anniversary of the normalization of diplomatic relations between Turkey and Korea. To further promote diplomatic exchange, some items from the National Museum of Korea’s collection will be taken to Turkey for display from May to August of next year.

* “The Civilizations of Turkey: Emperors in Istanbul” will be held until Sept. 2 at the National Museum of Korea in Yongsan District, central Seoul. Tickets cost 12,000 won ($10.60) for adults, 10,000 won for middle and high school students, and 8,000 won for elementary school students. The museum closes every Monday but is open until 9 p.m. on Wednesdays and Saturdays, and 7 p.m. on Sundays. Otherwise, it is open until 6 p.m. For more information, visit www.museum.go.kr or call 1666-4392.