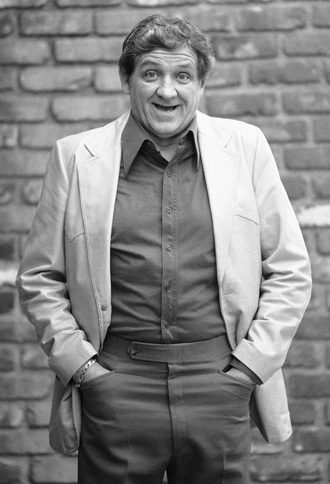 NASHVILLE - George Lindsey, who made a TV career as a grinning gas station attendant named Goober on “The Andy Griffith Show” and “Hee-Haw,” has died. He was 83.

“America has grown up with me,” Lindsey said in an Associated Press interview in 1985. “Goober is every man; everyone finds something to like about ol’ Goober.”

He joined “The Andy Griffith Show” in 1964 when Jim Nabors, portraying Gomer Pyle, left the program. Goober Pyle, who had been mentioned on the show as Gomer’s cousin, replaced him.

“At that time, we were the best acting ensemble on TV,” Lindsey once told an interviewer. “The scripts were terrific. Andy is the best script constructionist I’ve ever been involved with. And you have to lift your acting level up to his; he’s awfully good.”

In a statement released through the funeral home, Griffith said, “George Lindsey was my friend. I had great respect for his talent and his human spirit. In recent years, we spoke often by telephone. Our last conversation was a few days ago. .?.?. I am happy to say that as we found ourselves in our 80s, we were not afraid to say, ‘I love you.’ That was the last thing George and I had to say to each other: ‘I love you.’?”

Although he was best known as Goober, Lindsey had other roles during a long TV career. Earlier, he often was a “heavy” and once shot Matt Dillon on the western “Gunsmoke.”

“There’s a residual effect of knowing I’ve made America laugh. I’m not the only one, but I’ve contributed something,” Lindsey said in 1985.