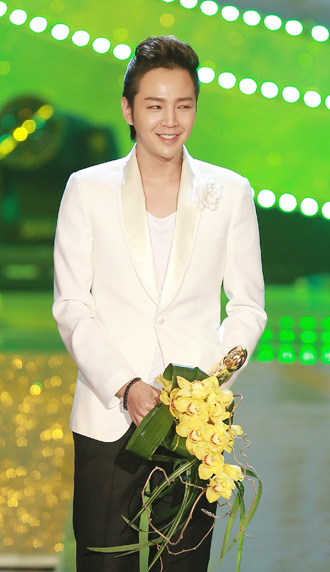 Ever the force in the Japanese market, actor Jang Keun-suk’s success has been underlined by his appearance in a middle school textbook there designed to introduce children to prominent foreigners.

A capture of Jang’s photo from the book was uploaded recently. He is featured along with prominent athletes, singers and actors who have all left their mark in Japan.

Specifically, the book calls Jang a representative of Korean culture, and many netizens at home praised him for increasing awareness about his home country overseas.

Meanwhile Jang is making headlines in China, too, as the face of a new fruit drink there alongside Hallyu actress Park Min-young.

Jang and Park will attend a press conference together in late May to promote the new drink product from Uni-President Enterprises.

At this time, the two are currently wrapping up production of television commercials that will promote the beverage in China.