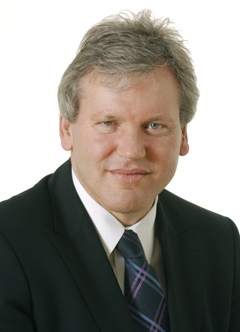 The move follows Korea’s recent free trade agreements with the European Union and the United States. A total of thirteen law firms applied for permission.

The ministry is still reviewing other applications.

“[We are here] primarily as a way to be closer to our Korean clients,” Peter Charlton, Clifford Chance’s managing partner for Asia Pacific, told the Korea JoongAng Daily, “and also to have a presence on the ground for our international clients interested in doing investments or merger and acquisitions in Korea.” Brian Cassidy, who is currently based in Beijing, will open the Seoul office.

According to the current regulations, foreign law firms can only act as consultants for the first two years after the FTAs go into effect. After two years, they can take cases in cooperation with local law firms. The opening of the legal market is the same under both the EU and the U.S. FTAs, according to Kim Na-rae, deputy director at the Ministry of Justice’s international legal affairs division.

“When we make a decision to open an office, our intention is to be there for a long time,” said Charlton. “For the moment, with the existing regulations, we’ll keep it as a fairly small operation.”

Sheppard Mullin will start with five lawyers and expects to get up to 15 lawyers within a year or two, said Seth Kim, a partner who will lead the Seoul office. Ropes & Gray didn’t specify the size of their new office, but said its lawyers will be specialized in patent cases, said William Kim, who will open the office.

Under the FTAs, foreign firms can hire local lawyers after five years.

Rebutting local worries that foreign firms will snap up talented local lawyers, the American firms said they don’t have any plan to hire lawyers with Korean licenses even when it is legal to do so. They all agree that they will bring in their own lawyers.

The exact dates of the offices’ openings are not decided because the firms are still waiting for final approvals.