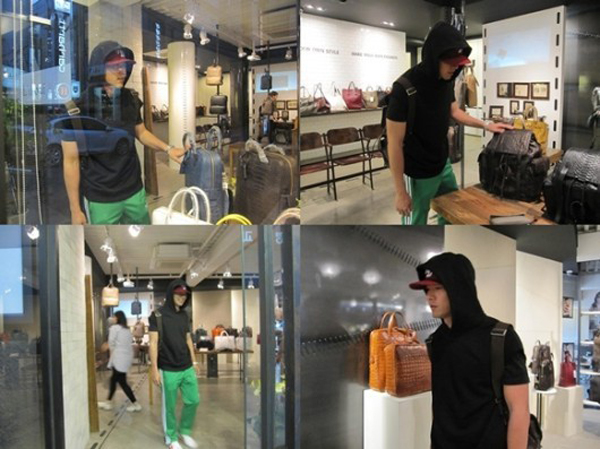 Just one day after it was revealed that actor Hyun Bin was on vacation from the compulsory military service in the Marine Corps, the star has been spotted shopping in Apgujeong, southern Seoul.
The actor was dressed down and incognito, sporting sweatpants, a hooded shirt and a hat as he made his way around the upscale neighborhood, best known for its trendy boutiques.

Various pictures entitled “Hyun Bin Apgujeong” began appearing online from May 8 and the 29-year-old entertainer was captured on camera a day earlier, looking at bags at a store.
According to the source who uploaded the pictures of the star, Hyun Bin was out shopping for his parents for Parents’ Day which falls on May 8.

“What a lovely son,” said one netizen while others praised him for having maintained his good looks despite rigorous training in the Marines.
By Carla Sunwoo [carlasunwoo@joongang.co.kr]