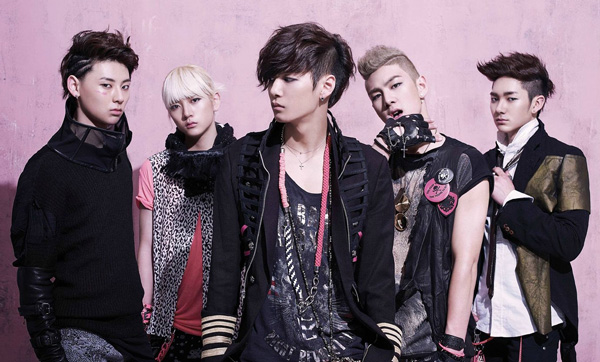 
New boy band Nu’est is already earning awards as it was selected as the favorite male rookie group by K-pop Web site www.dkpopnews.net on May 2.

In an online poll taken on the Web site, Nu’est emerged as the victor among other strong candidates, including B.A.P, BtoB and EXO-K. Nu’est, which is represented by Pledis Entertainment, secured 42 percent of votes: 25,338 out of about 60,000 foreign K-pop fans who voted. EXO-K followed closely behind at 39 percent. B.A.P and BtoB trailed far behind. The survey was taken over a period of two weeks.

“It’s amazing that the group topped the survey despite having debuted just 50 days ago. In order to meet with fans abroad, we are currently planning various events,” said a representative from Pledis Entertainment.

The five-member boy band made its debut this year with the song “Face,” which is about societal issues such as bullying and other kinds of violence in schools. It has attracted attention for moving beyond the traditional theme of teenage love.