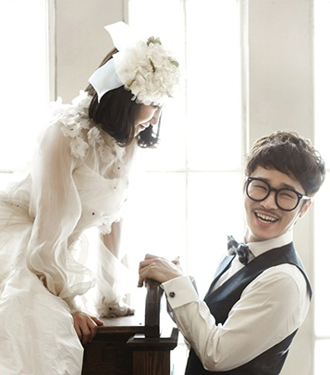 Following in the steps of rival band Busker Busker’s drummer Brad, singer Kim Myung-hoon from Ulala Session is set to marry his girlfriend of one year on May 12.

Pictures of in-studio wedding photos of the soon-to-be-wed couple surfaced on May 8. The ceremony is set to take place at 6:30 p.m. at Scalatium wedding hall in Yeoksam-dong, southern Seoul.

Kim’s bride is two years younger than the entertainer and the wedding is set to be a highly entertaining event, complete with a press conference an hour before the nuptials begin.

At the wedding, Kim will use the spotlight to promote Ulala Session’s new album. A DJ has been hired for the after-party. 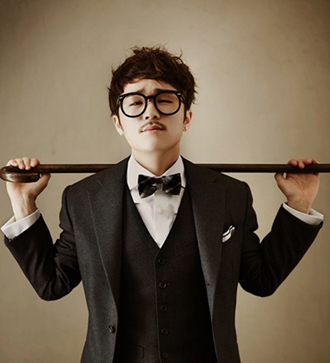 The officiant has been tipped to be the writer Lee Oi-soo. Kim’s band member and leader Lim Yoon-taek will host the event.

Many other celebrities are thought to be attending the wedding and the winning band from “Super Star K 3” will release its first album on May 10, just two days beforehand.