Father looks for justice in case of daughter’s assault

Father looks for justice in case of daughter’s assault

Though it was Parents’ Day yesterday, one father was alone, with his daughter and wife tens of thousands of miles away in Canada.

But this father wasn’t a Korean gireogi, or goose father, whose family was in a foreign country for educational purposes.

This father bore the heavy burden of finding justice for his 14-year-old daughter who had been sexually assaulted by her peers for a period of five months last year. 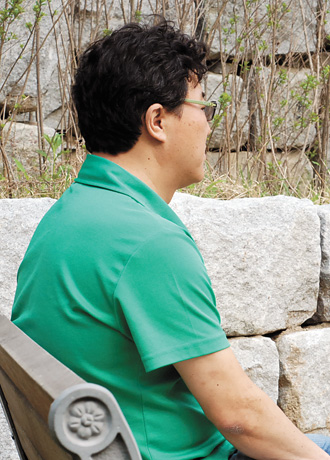 “It is like our family has been sentenced to life imprisonment,” stated the man surnamed Bae to a JoongAng Ilbo reporter yesterday.

Two boys filmed the assault on their cell phones, showed the footage to her and then uploaded it onto the Internet.

Upon further investigation, police revealed that Bae’s daughter had been sexually harassed and assaulted by some 16 boys for five months, over 40 times, between May and September 2011. The boys even took her money.

Bae’s daughter received psychiatric treatment for the trauma she received from the assaults. Her mother suffered from depression and social phobia after she learned what her daughter went through.

Police at that time expressed they had to tread lightly because it involved minors under the age of 14.

Since October, her father personally gathered 4,000 signatures for a petition to support “severe punishment” for his daughter’s assailants, and another 70,000 showed their support in the form of an online petition on the Internet portal site Agora.

Bae stated he wanted “to create an environment to prevent people from becoming victims like my daughter.”

Bae’s father, who manages a grocery store, stated, “the victim is living like the criminal. Some of the students already were released and are attending school normally.”

Several of the accused boys were summoned by prosecutors in November and in January, and the Seoul Family Court ruled to send the boys to a juvenile delinquent center nearby. They had to attend therapy sessions and write apology statements. Only one student that assaulted Bae’s daughter was sentenced to two years of detention. Most of the boys have since returned to school.

In order to give his daughter a clean slate, Bae used up the family’s entire savings to send his daughter and wife abroad in February this year, saying “she will always be labeled in Korea.” But he said he is afraid “the rumors will follow her in the Korean community there.”

Bae stated his daughter used to be a top student and was talented at the piano. But after the assaults, his daughter asked her mother,
“Why was I born?” She has partial memory loss from the trauma and does not remember her elementary school days.

“My wife keeps calling, stating, ‘I want to jump in front of a car.’?”

False rumors spread that Bae’s family received a 1 billion won ($879,562) settlement. “It drove me crazy - if I received that kind of money, do you think I would be working at the store at dawn?”
But he is determined to find justice for his daughter by staying in Korea. “Not one person came and bent on his knees to beg for forgiveness. I will never forgive it until the day I die.”


By No Jin-ho, Sarah Kim [sarahkim@joongang.co.kr]