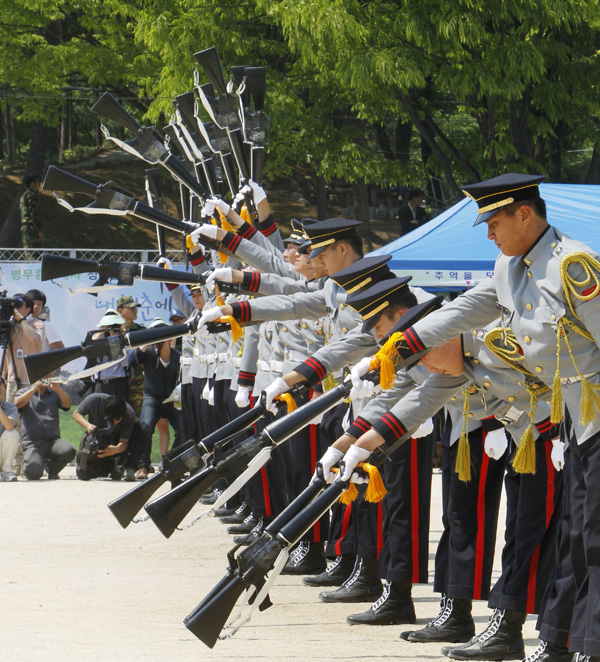 Guards of Honor of the Military perform with rifles during a welcoming ceremony for newly recruited soldiers and their families at the 306th Reserve Force Battalion in Uijeongbu, Gyeonggi, yesterday. Entitled “Cultural Festival for the Enlisted,” the welcoming ceremony was comprised of performances by celebrities serving in the military as well as military and civilian bands. [YONHAP]