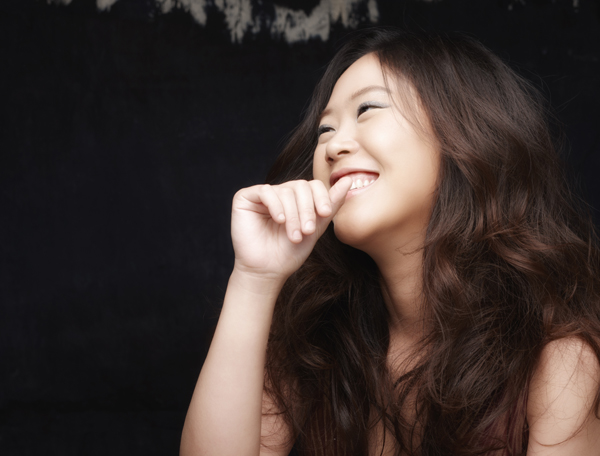 Korean pianist Son Yeol-eum, who drew international attention when she appeared as a soloist with the New York Philharmonic, will perform with the Academy of St. Martin in the Fields on May 27 at the Seoul Arts Center in central Seoul. See MUSIC, below. Provided by the organizer

Tomorrow: American singer-songwriter Musiq Soulchild is set to show off his diverse range of talents in Korea tomorrow, performing his music that spans a number of genres including R&B, soul, funk, alternative rock, blues, jazz, gospel and hip-hop. Musiq started his career hopping around jazz clubs and performing on the streets. He added “Soulchild” to his stage name in respect of late soul artists such as Stevie Wonder, James Brown, Patti LaBelle and Ray Charles, all of whom were major influences on his work.

Tomorrow-Sunday, May 16-17: Lee Ja-ram once again takes the stage with Ukchuk-ga, which was inspired by Brecht’s “The Mother Courage and Her Children.” Lee molded it into a new version of pansori, or narrative singing. Ukchuk-ga is a story about how a devastating and brutal war provokes many feelings such as fear, sorrow and sympathy. Lee wrote the script, composed the songs by herself and plays more than 15 characters. Each has a different voice and personality, but she nails them perfectly. Lee has also been invited to perform at the Theatre National Populaire in France and the Hungarian Theatre of Cluj in Romania.

Saturday and Sunday: Meet three famous singers from the 1970s and ’80s at the Sejong Center for the Performing Arts. The Manhattans, a popular American R&B group with a string of hit records over the last four decades, will perform for the first time in Korea. The groups best-known songs include “Kiss and Say Goodbye” and “Shining Star,” which are on the Seoul set list. Welsh singer Bonnie Tyler, who is well known for her husky voice, will also participate in her first concert in Korea along with British singer-songwriter Leo Sayer, whose hit songs include “More Than I Can Say” and “When I Need You.”

May 15: Dutch Cellist Pieter Wispelwey will perform all six Bach Cello Suites, the most recognizable solo compositions for the instrument, when he comes to Seoul. Wispelwey is notable for his individually unique technique that he developed after studying with Dicky Boeke and Anner Bylsma in Amsterdam, Paul Katz in the U.S., and William Pleeth in the U.K. The talented musician has held numerous concerts all over the world.

To name a few, he has performed at the Boston Symphony Orchestra, the Sydney Symphony, the BBC Symphony Orchestra and the Budapest Festival Orchestra. Wispelwey has been recording classical music with Channel Classical Records since 1990, and he has released 32 albums at last count.

May 23: Kenneth Bruce Gorelick, better known by his stage name Kenny G, will bring his

He won a Grammy Award for best instrumental composition in 1993 as well as a place in the Guinness Book of World Records for placing No. 1 on 14 separate occasions on the Billboard Contemporary Jazz Album Chart in the United States.

At the concert in Seoul, he will perform with the Millennium Symphony Orchestra.

May 27: The Academy of St. Martin in the Fields is an English chamber orchestra based in London that annually visits France, Germany and Spain and frequently tours the Americas, Australia and New Zealand. Contracts with Philips Classics, Hyperion and Chandos Records have enabled the group to release over 30 albums.

The orchestra will be performing with Korean pianist Son Yeol-eum, who has played alongside some of the world’s best orchestras including the Israeli, Czech and Warsaw philharmonic orchestras.

To Sunday: This musical hits Korea for the first time after having been translated into seven languages and presented in 10 countries since its debut in Vienna in 1992.

Performances start at 8 p.m. on Tuesdays to Fridays and at 2 p.m. and 6 p.m. on Saturdays and Sundays.

May 15 to 26: Based on the life of notable singer Bae Ho during the 1960s and ’70s, this production hopes to bridge the gap between the younger and older generations by connecting audiences through music.

To June 27: The word “jami” means “delicious food that is also nutritious” as well as “fun” in the dialect of Jeju Island, which is the country’s southernmost island. Admission to the show includes a fare of Korean dishes and traditional tea.