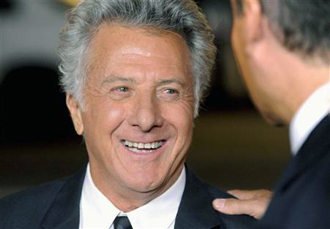 A London lawyer has credited actor Dustin Hoffman for saving his life when he suffered a heart attack while jogging in the city’s Hyde Park, becoming the latest celebrity in recent weeks to help rescue a person in crisis.

Sam Dempster, 27, told Britain’s Sun newspaper on Tuesday that Hoffman came to his aid when he collapsed in the park 10 days ago, and called emergency services.

“I have no memory of what happened. The paramedics told me I had been saved by Dustin Hoffman. It’s unbelievable,” Dempster was quoted as saying.

Paramedics told the newspaper that the “Rain Man” star, 74, called emergency services and tended to Dempster as he waited for them to arrive. Hoffman, who has a home nearby, left only after they had restarted Dempster’s heart.

Hoffman is the latest celebrity-turned-Good Samaritan in recent weeks.

“Black Swan” actress Mila Kunis cared for a man who collapsed and had a seizure while working at her Los Angeles home last weekend, celebrity Web site TMZ.com reported on Tuesday.

“Grey’s Anatomy” star Patrick Dempsey helped to pry a teenager from a car wreck in Malibu last month, and actor Ryan Gosling grabbed a British woman to stop her from being hit by a car in Manhattan in April.