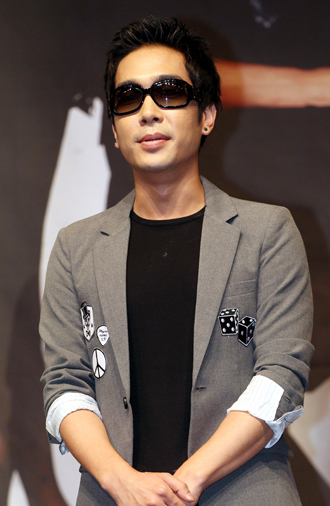 A request for an arrest warrant has been filed against Ko Young-wook, a member of idol group Roo’Ra from the 1990s.
Yongsan Police announced yesterday that it is currently investigating Ko after he allegedly lured an aspiring teenage singer with alcohol before raping her.

According to the police, Ko saw the wannabe celebrity on a variety show on TV last month. Ko took an immediate interest in the young girl and called up the cable channel to get her number.
He then made contact, promising the young girl that he’d help her get started in the entertainment industry.
When they met up in person, Ko said to the girl, “People will recognize me, let’s go somewhere we can talk,” before taking her back to his studio in Yongsan.

At Ko’s residence, Ko prompted the teenager to drink various alcohol before raping her. Then few days later the two met up again and Ko asked the girl to become his “lover,” and pressured her to have sex with him again.

The police was notified of the incident through an organization that specializes in schoolyard violence prevention.
Ko made an official apology yesterday and said that his version of the story was yet to be told.
By Carla Sunwoo [carlasunwoo@joongang.co.kr]