Jermaine Paul crowned the season winner on ‘The Voice’

Jermaine Paul crowned the season winner on ‘The Voice’ 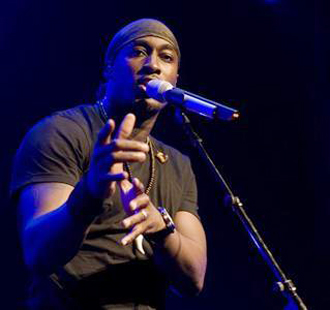 He took home a recording contract with Universal Republic Records, a $100,000 cash prize and a shot at his dream of singing stardom.

Paul collapsed into a hug from his coach Blake Shelton and wiped away tears as he thanked his wife, children and all of the people who voted for him, ending his speech by exclaiming, “Nobody but Jesus!”

The former backup singer for Alicia Keys took center stage as he sang R. Kelly’s “I Believe I Can Fly” to close out the show, which he also sang in his final performance on Monday’s penultimate episode of the show. Paul received embraces from his wife and family members as he sang.

Tuesday’s special two-hour finale included a plethora of performances from stars such as Justin Bieber, Lady Antebellum, Flo Rida and Hall & Oates. Contestants previously voted off the show were invited back to perform with the four finalists.

“The Voice” became one of the most-watched TV shows in the United States earlier this season and was seen as a challenge to Fox’s top-rated singing show “American Idol.”

During the season, it proved very competitive against “American Idol,” especially in the coveted age 18 to 49 viewer group where the two shows are in a close race to be the most-watched program.

But “American Idol” draws many millions more in total viewers than “The Voice” - an average audience size of 19.2 million this season compared to 14.8 million for “The Voice”, according to figures from the two TV networks.