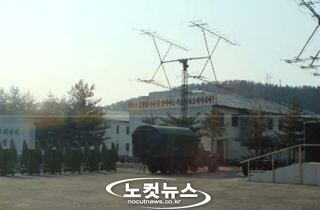 Seoul protested to Pyongyang yesterday over electronic interference that has affected hundreds of flights and ship sailings in the South for nearly two weeks. It said it will bring the issue to the attention of the international community.

The Korea Communications Commission said it sent a letter signed by its chairman to the North’s Ministry of Post and Telecommunications yesterday morning via the Ministry of Unification, protesting the illegal jamming signals.

“We will try to deal with it through close consultations with related countries and with the international community,” said a high-ranking official of the Foreign Ministry.

The jamming activity was detected on April 28, five days after the North warned of a “special action” against the South in retaliation for what it claimed was Seoul’s hostile remarks and actions against the regime. The South Korean government later confirmed the jamming was coming from the North.

The activity continued until yesterday and a total of 658 flights in and out of South Korea were affected by the jamming as of 1 p.m. yesterday, according to the Ministry of Land, Transport and Maritime Affairs. Among them, 609 flights were operated by Korean airliners while 48 were foreign. One was a U.S. military airplane.

Seoul and surrounding areas in Gyeonggi were affected by the signals, the ministry said.

Seoul suspects the jamming comes from Gaesong, north of the inter-Korean border, which is the home of an inter-Korean industrial complex.

The ministry said the jamming caused malfunctions of GPS navigation systems, although no accidents have been reported. The South Korean government has encouraged airplanes and ships to use back-up navigation systems such as the Inertial Navigation System and Omni-directional Range.

The South began detecting jamming signals from the North in 2010. The North sent the signals for four days in August 2010, but Seoul didn’t protest.

More jamming activity from the North was detected for 11 days in March 2011, when Seoul and Washington were conducting a joint military exercise in the West Sea. The jamming scrambled the GPS systems of coastal patrol ships and high-speed military boats, forcing a U.S. reconnaissance aircraft to make an emergency landing.

The South tried to send a letter of complaint to the North at that time, but the North refused to receive it. The South also raised the issue with related international organizations, prompting a presidential statement from the ICAO urging the North to stop. “We are hoping for a similar level of action from the international community this time over the North’s ongoing jamming,” said an official of the Foreign Ministry.