‘Blown Away’ is Carrie Underwood’s third album to debut at No. 1

‘Blown Away’ is Carrie Underwood’s third album to debut at No. 1 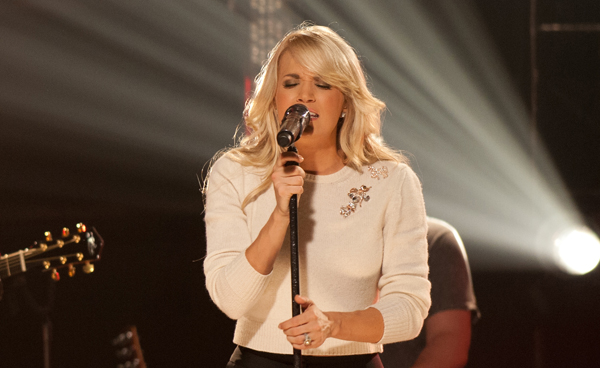 This is Underwood’s third album to debut at No. 1 on the chart.

The death of Beastie Boys’ Yauch last week led to a rise in sales of the band’s catalog of albums, as their 1986 record “Licensed To Ill” re-entered the Billboard 200 at No. 18 with 19,000 copies sold.

Grammy-winning blues singer Norah Jones’ fifth studio album “Little Broken Hearts” entered the Billboard 200 at No. 2 after selling 110,000 copies, while the new “Now 42” music compilation of current hits including those by Kelly Clarkson, Chris Brown and Gotye, entered the chart at No. 3 with sales of 95,000.

Gotye continues to lead an unchanged top five on Billboard’s Digital Songs chart with “Somebody That I Used To Know” featuring Kimbra. Maroon 5’s “Payphone” featuring Wiz Khalifa, Carly Rae Jepsen’s “Call Me Maybe,” Fun.’s “We Are Young” featuring Janelle Monae and Justin Bieber’s “Boyfriend” fill the No. 2 to No. 5 positions, respectively.
Reuters