Cho checks in at a research center at Keimyung University in Daegu. Dassault Systems Korea, the local subsidiary of the France-based engineering software company, moved a research and development center specialized in shipbuilding to Daegu in May 2011 from Los Angeles. Seven engineers from the French headquarters moved to Daegu, and the company also staffed up locally.

The center now has 22 employees. Cho himself relocated his family to Daegu to be closer to the center. Most of the week, he works in the company’s Seoul office with 130 other employees and returns to Daegu every weekend.

Various software companies from around the world are opening up centers to do R&D in Korea. In the mid-2000s, Microsoft, Google and Cisco Systems set up R&D centers here to take advantage of the human resources and the highly advanced telecommunication infrastructure. At the time, those engineers worked solely on research related to Korean language functions in software. Similarly, a number of information technology companies are opening up R&D centers in Shanghai.

“When the headquarters first came up with the idea of moving the R&D center in 2009, India and China were the likely candidates,” Cho said during a train ride to Daegu last month. “In fact, Korea is the optimal location for research because of its leading shipbuilding industry.”

Kim Bum-il, the 62-year-old Daegu mayor, led a team to attend the 12th World Championships in Athletics in Berlin in 2009 and also visited the Dassault headquarters. The headquarters took interest in the fact that Daegu would host the 2011 Championships. Keimyung University also made efforts to get the R&D center opened in Daegu. Dassault finally selected Daegu because of the many talented human resources in the city. 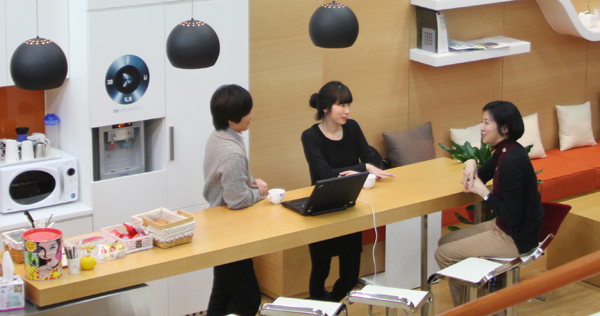 Researchers at Dassault Systems Korea’s R&D center at Keimyung University in Daegu, which has 22 employees including seven foreigners. [JoongAng Ilbo]


Dassault Systems became the first foreign company to be located in the Daegu Gyeongbuk free economic zone. The Daegu center is one of its 11 R&D centers around the world and is responsible for developing shipbuilding design software. The company will invest 36 billion won ($31.7 million) in the center by 2015 to develop software for designing cruise ships and yachts. Dassault Systems, a subsidiary of Groupe Dassault Aviation SA, develops 3-D design software and a product life cycle management program. It used to focus on developing aircraft design software and was spun off from Groupe Dassault Aviation in 1981.

The six candidates for the 2012 Car of the Year in the United States were designed with Catia, software developed by Dassault Systems. Some 3,500 employees work in R&D out of its 9,000 workers in 31 countries around the world.

Thomas Hoffman, head of the PTC R&D center in Seoul, said it is very helpful to keep a close relationship with global automakers like Hyundai Motor. He said since the R&D center is here, it can better satisfy requests from its clients.

Chip Barnnet, president of PTC Korea, said Korea is a key market for design software companies because global manufacturers such as Samsung, Hyundai and LG are present in the country. He said the company will expand its R&D center because the level of education is high in Korea and there are many IT-capable workers.

Sartorius Korea, the local subsidiary of German biotech company Sartorius AG, will also open a R&D center in the complex. It will conduct research on developing vaccines and test methods on cellular toxicity.

R&D centers in regional areas outside of Seoul are acting as magnets for human resources. An Indian researcher at Dassault Systems’ R&D center said the city is clean and safe, the food is spicy and the people are affectionate.

Kim Mun-sik, 31, an engineer who graduated from Kumoh National Institute of Technology, said he did not hesitate when he got an offer to work for Dassault Systems’ R&D center in Daegu. “I have a good job in my hometown Daegu and there is no reason to live away from here,” Kim said.

“The Daegu center is small yet it is very specialized, and there is room for growth,” said Cho of Dassault Systems Korea. “Young engineers who join our company will have a chance to work in Dassault R&D centers around the world.”