Painting the picture of motherhood across Asia

Painting the picture of motherhood across Asia 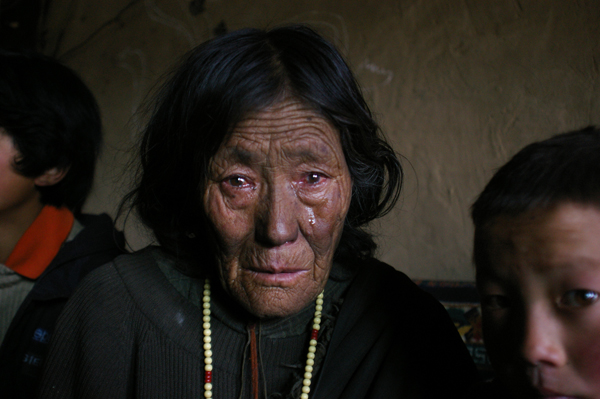 An image of a Tibetan mother from the 2007 short film “Family Script” by Chinese artist Alice Kok. The film is based on a nine-month project in which the artist helps reunite Tibetan refugees in India with family members in Tibet through video messages. The film is part of the “Motherhood” exhibition at Ewha Womans University Museum. Provided by the museum


Most countries have their own versions of Mother’s Day in May, including Korea, which celebrated Parents’ Day last week. The artistic community has also embraced the theme of motherhood with the launch of a new exhibit this month. The “Motherhood” exhibition, which started on Friday at the Ewha Womans University Museum in central Seoul, focuses on various images of motherhood in Korea and other Asian countries. 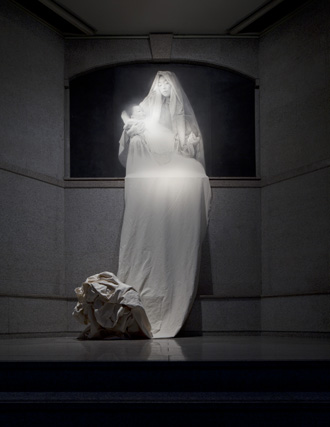 “Motherhood,” a 2012 work of mixed media by Cho Duck-hyun, above, and the 1943 painting “Trilogy of Women - Affection” by Lee Yu-tae (1916-99), bottom, are part of the “Motherhood” exhibition running until July 31 at Ewha Womans University Museum in central Seoul.

The 80 works on display include old religiously influenced paintings of mothers and contemporary short films capturing the struggle of families divided by geopolitical barriers. Among them is a 19th-century Joseon-period Buddhist painting depicting Avalokitesvara, or Gwaneum, who had originally been a male bodhisattva but came to be received as female among the people of East Asia and was finally worshipped as the “generous mother goddess.”

The exhibit also features a 1960 Catholic Madonna and child painting by Jang U-seong (1912-2005), who was one of the leaders of modern Korean paintings of the traditional style.

Other works include contemporary Korean paintings, sculptures and photography that all touch on the theme of motherhood.

“If viewers see the paintings of the 1980s and ’90s within the exhibit, they will find that while male artists tended to depict mothers in the context of politics, female artists focused on mothers’ identities between the home and society, and detail realities that mothers faced,” the museum said.

The show also presents works by artists from China, Japan, Taiwan, India and Bangladesh. Many of them deal with mothers’ economic, political and social positions in their respective environments. The 1999 film “Mother’s Lament” by Bangladeshi artist Yasmine Kabir shows a mother struggling to reveal the truth behind the death of her daughter. The 16-year-old Shima, a young factory worker, was allegedly gang raped by four policemen and then sent to prison for “safe custody” where she died under mysterious circumstances. 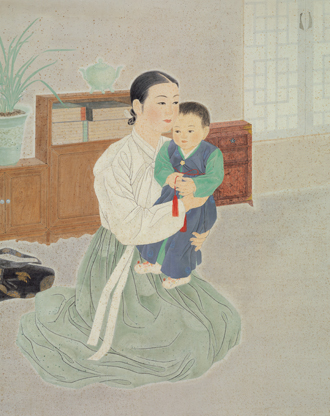 The 2012 film “Two Moms, One Love” by Taiwanese artists Laza Woo, Dea Lee and Mavis Lee shows the difficult procedures that a lesbian couple goes through to have a child.