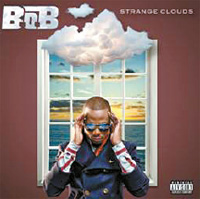 B.o.B is a rapper who has totally gone pop, but that’s completely okay because it suits him.

The Atlanta-based artist fused elements of hip-hop, R&B and rock on his 2010 debut album, “The Adventures of Bobby Ray,” which produced the chart-topping “Nothin’ On You,” featuring Bruno Mars, and the top-10 hit “Airplanes” with Hayley Williams.

The rapper-singer-producer sticks with the same formula on his sophomore album, “Strange Clouds,” while tapping pop’s most successful hitmakers, including Taylor Swift, Lil Wayne, T.I., Chris Brown and Nicki Minaj, for collaborations.

He gets production help from Ryan Tedder and Dr. Luke, but he showcases his own production skills on the album’s opening track, “Bombs Away,” featuring a voiceover from Morgan Freeman. It’s filled with operatic vocals and a melody that sounds like it could be used in a horror show.

On “So Hard to Breathe,” B.o.B starts off the song on the acoustic guitar before he heads into rap-crooner mode. He’s at his best on that particular track along with “Where Are You (B.o.B vs. Bobby Ray).” AP 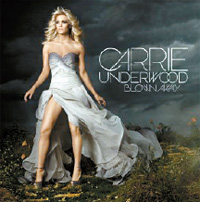 The cover of Carrie Underwood’s fourth album illustrates her evolution since introducing herself as a young Oklahoma woman with a powerful voice.

Initially, she came across as the friendly girl next door, with songs about Jesus and of compassion for the less fortunate, while showing her wit with empowering songs about getting back at a cheating guy.

The cover of “Blown Away” depicts the modern Underwood as an airbrushed, supermodel heroine, right leg thrust out forward from a glamorous gown like Angelina Jolie at the Academy Awards. Her opening hit, “Good Girl” - slamming along to a sneering rock arrangement - chastises a naive girl for not realizing she’s being fooled by a conniving lover. The title song tells of an abused daughter hoping a tornado destroys her house - and her father with it. Another, “Two Black Cadillacs,” describes how a wife and a mistress silently share a deadly secret at the funeral of their two-faced man.

Those songs, delivered forcefully with cool distance rather than heated passion, set the tone for “Blown Away.” Gone is the shy, small-town girl. AP 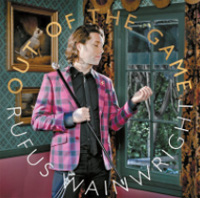 “Out of the Game”

Prolific singer-songwriter Rufus Wainwright proclaimed after the release of his last album that he was dying to have a pop hit. Who better to team up with to achieve that goal on his latest album “Out of the Game” than Grammy-winning producer Mark Ronson, who’s had pop success with artists like Amy Winehouse, Adele, Duran Duran and a string of others.

The change of musical direction seemed like an obvious choice as Wainwright has literally explored every other avenue, from opera and singing Shakespeare’s sonnets to covering Judy Garland’s classics.

Wainwright achieves his pop dream from the start of the album with the title track. The song is brilliantly jazzy with a catchy riff strummed on an electric guitar and it sounds like Wainwright is really enjoying the song.

“Jericho” uses a range of harmonies infiltrated by blasts of Wainwright’s powerful voice to lament a doomed relationship: “Darling I believe you are too sad to cry/Well believe it or not, so am I.” AP