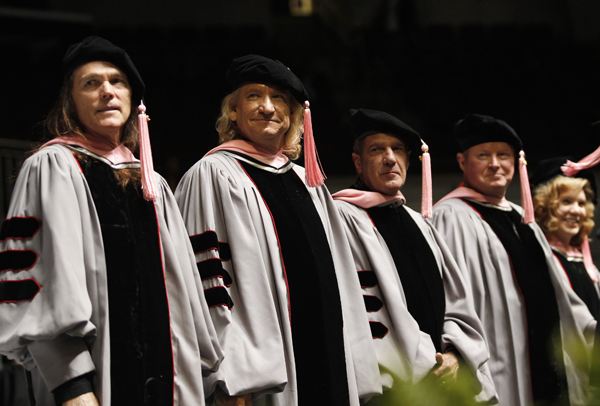 BOSTON - The largest independent college of contemporary music in the world has awarded honorary degrees to the Eagles and Grammy Award-winning country singer Alison Krauss at a ceremony in Boston.

The city’s Berklee College of Music also has honored influential Ethiopian musician Mulatu Astatke, an alumnus of the music college.

The artists were honored during the school’s commencement ceremony Saturday.

Students paid tribute to the artists with a concert featuring their music. More than 900 students from 58 countries graduated from Berklee this year.