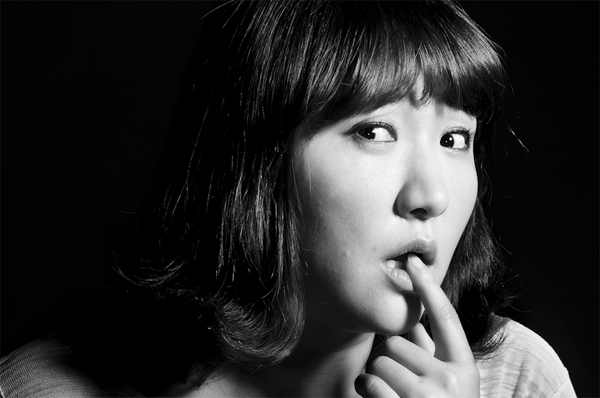 
No one expected drama series “Ugly Young-ae” on tvN would become one of the most popular shows on television when it first aired back in 2007. The protagonist, Young-ae, is ugly, chubby and struggling.

Unlike other drama characters, who typically fall for a dreamy hunk or land a coveted job, Young-ae (Kim Hyun-suk) is often humiliated and teased by her bosses. The show brings with it a sense of familiarity - or makes reality seem much more manageable than what’s unfolding on the screen.

And that’s how the foul-mouthed loser has gained a footing in the highly competitive drama market. The series celebrates its 10th season this year, with the first episode of the season having aired in mid-April. The show has become the running longest-running drama series currently on the air.

“Ugly Yong-ae” has propelled Kim to new heights, the 33-year-old comedian becoming one of the most recognized faces on TV and symbolizing ordinary women struggling with their love lives.

Kim made a name for herself through a sketch-comedy show back in 2005. She created a character named Chulsandra based on her plump body. The character encouraged women to eat and be at ease with body image.

She became famous overnight through Chulsandra and eventually landed a gig as an actress on the television series, “Ugly Young-ae.”

The JoongAng Ilbo recently caught up with Kim and asked her a range of questions from her most memorable scene in the drama series to her ultimate goals in life. The following are excerpts from the interview.


Q. “Ugly Young-ae” is celebrating its 10th season. What has been motivating you so far?

A. Young-ae is very comforting to me. She is a fat and ordinary woman in her 30s whom you are less likely to meet in other drama series. And things that happen to her are actually happening in my life and your life.

There were women who left comments on my personal Web site and wrote that they once thought about committing suicide but have gained strength to carry on after watching the drama series.

I also did a musical with the same title in March with a similar plot. Industry insiders say it is hard to sell tickets without musical stars but the musical became a hit. I think I’ve come so far thanks to many loyal fans of the drama series. 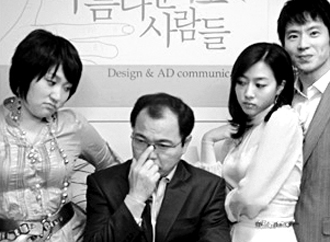 Young-ae (Kim Hyun-suk), left, stands next to her boss and colleagues in “Ugly Yong-ae,” the hit tvN drama series that is the longest-running Korean drama currently on the air.

Over the past 10 seasons, your character has finally gotten a promotion and is now in a relationship. Isn’t Young-ae too perfect for the drama? What stories will be shown to the viewers during the 10th season?

She was promoted and she now has a boyfriend, but it doesn’t mean that Young-ae’s life has become any better. She is still teased by her bosses and peers just because she is fat and she encounters many troubles as she is dating this guy. But there are some changes compared to the previous season.

Her boyfriend now lives by himself so Young-ae and the boyfriend virtually live together. The new season has started but the main spirit of this drama series still remains the same: It will make you laugh and cry with a message, “life is worth living.”

Many people naturally associate you with Young-ae after so many seasons. Does it sometimes make you feel nervous?

I thought about it when every season started. But there are so many people who love and root for Young-ae. After all, it’s my responsibility to portray Young-ae. When a new role is given to me other than Young-ae, I will prove that I can play that role well. I can’t say I’m afraid of playing other roles because of Young-ae. It’s a lame excuse.

What is your ultimate dream as an actress?

The most important thing to me is the character itself. If the character is a friend of a lead role, it is way too simple because she doesn’t have her own life. Another dream is giving back to the society using my talent. I want to be involved in a project that can inspire teenagers.

What are the most memorable episodes or lines over the past 10 seasons?

There is an episode where Young-ae suddenly has a craving for makgeolli (Korean rice beer) and pajeon (green onion pancakes) when it’s raining outside. She goes through her contact list but she can’t find anyone who can come out and drink with her out of hundreds of people. So she drinks soju by herself and the rain suddenly stops when she goes home.

The scene is overlapped with Young-ae’s narration, which goes, “We can’t throw away umbrellas even if the rain stops. We also can’t live tomorrow without yesterday.”

That narration is the most memorable line to me. I hope people could appreciate their everyday lives as they watch the drama.