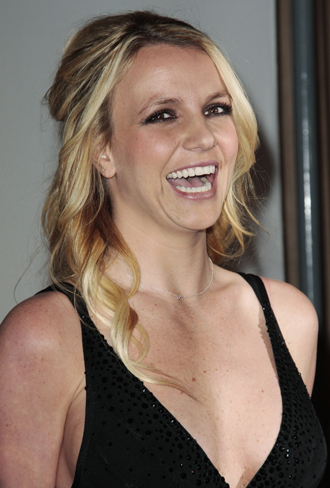 NEW YORK - Britney Spears and Demi Lovato are joining the judging panel on “The X Factor’’ this fall, part of Fox’s effort to boost its underperforming music competition shows.

The network’s executives, in presenting next season’s schedule to advertisers on Monday, also promised changes for “American Idol.’’ While “Idol’’ remains Fox’s centerpiece, as it has been for the past decade, it has lost a quarter of its audience this year.

Fox is adding two new comedies and a drama in the fall, pumping new life into “Glee’’ by moving it to a new night with guest stars Kate Hudson and Sarah Jessica Parker and touting a midseason drama starring Kevin Bacon as “the new ‘24.’?’’

The Spears announcement overshadowed the others. Despite weeks of rumors, it wasn’t official until she strode onto New York’s Beacon Theater stage wearing a white minidress, accompanied by show creator Simon Cowell and fellow judges Lovato and L.A. Reid.

“I’m so excited about the whole experience,’’ Spears said. “It’s going to be so much fun and different from anything I’ve ever done. I’m ready to find the true star.’’

Lovato said she was “totally stoked’’ to join the cast.

They replace judges Paula Abdul and Nicole Scherzinger, who were dispatched along with host Steve Jones after last fall’s debut season of the competition didn’t meet the creator’s inflated expectations.

“Not to be negative about the people leaving, but we just felt the mix could be more effective and more entertaining,’’ said Peter Rice, entertainment chairman for the Fox Networks Group.

“This year was a bigger dropoff than we anticipated,’’ Reilly said.

He said “Idol’’ made no changes from the previous year and there was little “urgency to view’’ at the beginning of the season. He said there was still a lot of life left in the franchise.

“Glee,’’ once a sensation, saw its viewership drop by 21 percent this season. It will move to Thursday nights and a comfortable 9 p.m. Eastern time slot following “The X Factor’’ in the fall. Reilly said the show is “poised for a creative renaissance’’ and has Hudson and Parker lined up for multi-episode guest slots. 