Jung Yong-hwa to try his hand at producing

Jung Yong-hwa to try his hand at producing 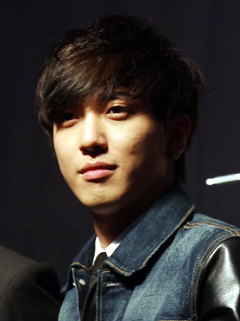 Jung Yong-hwa of K-pop band CN Blue is set to make his debut on the other side of the recording booth, as a producer of newbie singer-songwriter Juniel’s new album.

FNC Entertainment announced on May 15 that Jung actually composed a song for the Korean native and winner of Japan’s singing-audition show “Niji Iro Supernova” from 2010, presented it to her, and offered to help produce it for her debut album to be released in June.

Meanwhile the 18-year old songstress has been writing and composing songs from an early age. Since winning the singing program, she has been active in Japan on the indie scene. She is set to make her Korean debut in the coming months.