2PM’s Taecyeon injured in Japan while arm wrestling with bandmate

2PM’s Taecyeon injured in Japan while arm wrestling with bandmate 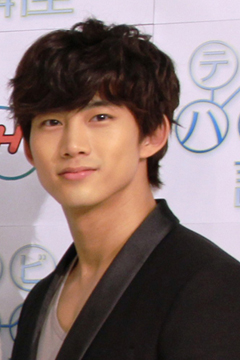 2PM’s Taecyeon fractured his upper arm - his humerus bone, to be exact - in an arm-wrestling match with his bandmate while in Japan, JYP Entertainment announced on Wednesday.

The agency added that the boy band member was immediately taken to a nearby hospital and has come back home to Korea to have a detailed examination.

With regards to his schedule, the agency said that it will make a decision after the results from the doctor come in.

“We are so sorry to be the bearer of bad news and we will try to do our best for Taecyeon’s speedy recovery,” the agency said.

The unfortunate event took place just a week before the band is set to perform at the Budokan in Tokyo on Thursday.

Back in April, the boy band joined forces with 2AM to promote its upcoming collaborative documentary movie “Beyond the One Day - Story of 2PM and 2AM.” The film will be released in Japan on June 30.