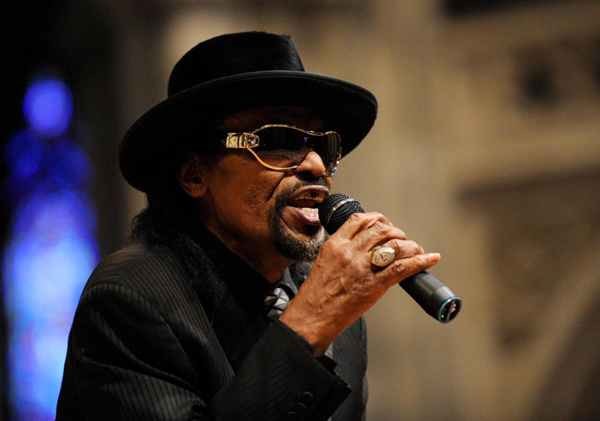 LOS ANGELES - Chuck Brown, known as the “Godfather of Go-Go” for the sub-genre of funk music he helped create, died on Wednesday at the Johns Hopkins University Hospital in Baltimore after being admitted earlier this month suffering from pneumonia.

A spokeswoman for the hospital confirmed the death but could not provide a cause, and Brown’s manager, Tom Goldfogle, was not immediately available to comment. Goldfogle told the Washington Post Brown died of complications from sepsis.

Brown, a singer-songwriter and guitarist had been a key personality in the Washington area since the 1970s when he perfected a funky sound that became known as “go-go.”

The music, which earned a local following in the Washington area, was characterized by loud percussion and Brown’s ability to stitch together songs and keep crowds dancing throughout performances.

He had said the style got its name because “the music just goes and goes,” according to the Washington Post.

Brown’s band the Soul Searchers gained the spotlight with their hit “Bustin’ Loose,” which topped R&B single charts for four consecutive weeks in 1978 with its brash horns and arresting vocals anchored by Brown’s gravelly voice.

But the sound failed to gain a nationwide following and records that came after, such as “Game Seven,” could not match the success of their predecessor. The band’s best effort to follow, the single “We Need Some Money (Bout Money)” in 1984, reached No. 26 on record charts. Still, Brown remained active in go-go music and around the Washington area. Reuters