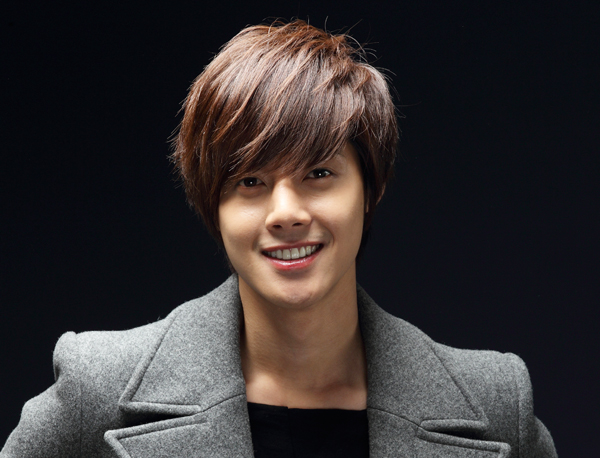 
Singer Kim Hyun-joong has again usurped the No. 1 spot on two Oricon charts, this time with a live DVD capturing moments from his Japanese tours that took place in November 2011 and February of this year.

The DVD entitled “First Impact” was released on Wednesday and topped Oricon’s daily DVD and music charts. As well as containing the finest moments from Kim’s concerts and fan-meets, “First Impact” also shows backstage scenes and has a special message from the Hallyu star himself.

Kim has recently collaborated with Japanese singer-songwriter duo B’z. KeyEast Entertainment announced on May 1 that Kim successfully recorded a song titled “Heat,” which is set to be released in Japan in July as Kim’s second single. Kim has long been a fan of the Japanese duo.

This prompted Kim’s Japanese distributor Universal Music to consult with B’z about working together. The Korean star is currently on a fan-meet tour that will take him to Singapore, Hong Kong and Taiwan.