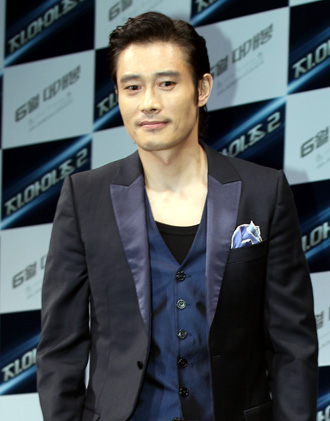 The mobster who tried to blackmail Lee Byung-hun back in 2009 has been booked for attempting to extort money out of the Hallyu actor.

The Seoul Central District Prosecutors’ Office said yesterday that it had indicted the gang member who joined forces with Lee’s ex-girlfriend to blackmail Lee with a medical record that showed that Lee’s ex, a Korean-Canadian gymnast, had an abortion.

The athlete had vented to the mobster, surnamed Jang, about her ex-lover after they parted ways, and the gangster agreed to help her out by threatening Lee that he’d tarnish the star’s image by releasing pictures and medical records.

It wasn’t only Lee who suffered. His uncle, the head of his entertainment agency and his manager received threats from Jang.

Through its investigation, the police tracked down Jang, who is the head of a gang based in Seoul and has had trouble with the law in the past.