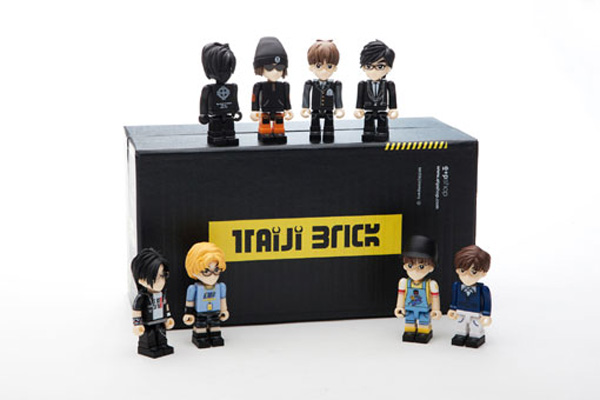 
To mark its 20th anniversary since its debut, legendary rock group’s vocalist Seo will release a set of plastic figurines of himself on May 18.
The series called “Taiji Brick” comprises of eight little dolls of Seo clad in eight most memorable outfits from his first to eighth album.

Apparently, it took some three years for the project to be completed due to its intricate details such as the various glasses worn by Seo throughout his career.

Seo previously released similar products back in 2004 and 2005.
The aforementioned product has also been picked as the Best Design item by Hankook Ilbo in the past.

“The figurine encapsulates the last 20 years of Seo’s life and we hope that the fans will like it,” said a representative from Seo’s agency.

Only a thousand units of the Taiji Brick will be made available and they will be sold online on www.etpshop.com and www.10x10.co.kr.
By Carla Sunwoo [carlasunwoo@joongang.co.kr]