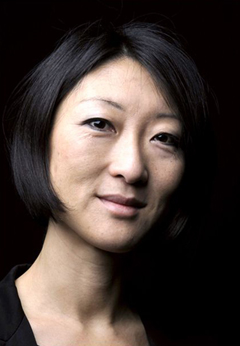 Pellerin, an adoptee also known by the Korean name Kim Jong-sook, is the first ethnic Korean in France to rise to a ministerial-level post.

Half of the posts were given to women as Hollande had promised during his campaign. The highest-ranking woman in the new cabinet is Christiane Taubira, who was named minister of justice. She also ranks as the nation’s first black presidential candidate in the wake of her failed bid in 2002. Other female figures granted posts include the new minister for health and social affairs, culture minister and minister of housing.

Pellerin was adopted by a French family when she was six months old in 1973. A precocious student, she received her high school baccalaureate two years early at the age of 16. She later graduated from Essec, one of France’s top businesses schools, as well as the Institute of Political Studies (Sciences Po) in Paris and the National Administration Institute.

Pellerin became associated with the Socialist Party in 2002 when she worked as a speech writer for the presidential camp. She was also in charge of dealing with the media as the party’s digital economy adviser during the 2007 presidential elections, and ranked as a close adviser to Hollande during his presidential campaign.

Her current responsibilities include overseeing culture, audio and visual media and national education at the Board of Audit and Inspection. She is also the chair of the 21st Club, a group of elite female politicians in France.

Additionally, Jean-Vincent Place, another Korean adoptee and a Green Party Senate, is considered a strong candidate to join the cabinet next month should a reshuffle take place after the legislative elections.

Place, who was adopted by a French couple at the age of seven, became the first ethnic Korean to win a seat in the French Senate last September, when he appeared as a Green Party representative. He was subsequently elected as the party’s floor leader in December.

Place, also known as Kwon O-bok, studied economics and worked as an accountant before entering politics in 1993 as an aide to a left-wing lawmaker. He joined the Green Party in 2001.
By Lee Eun-joo [angie@joongang.co.kr]